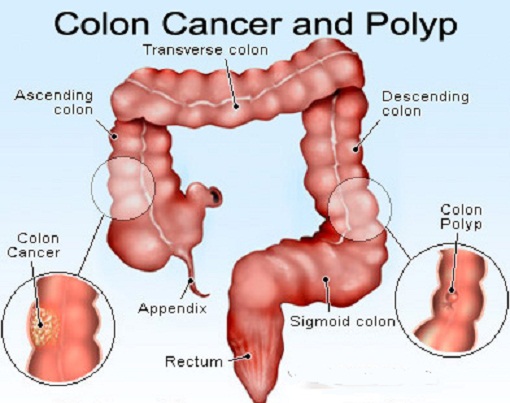 The incidence of colorectal cancer (CRC) among young adults ages 20-39 years has increased during the past 20-30 years, despite declining rates of CRC for the U.S. population overall. This surprising new finding, an analysis of how CRC incidence varies based on race and gender, and differences in tumor location, symptoms, and survival for young adults compared to the general population are presented in Journal of Adolescent and Young Adult Oncology (JAYAO), a multidisciplinary peer-reviewed publication from Mary Ann Liebert, Inc., publishers . The article is available free on the JAYAO website until February 22, 2015.

In the article “Colorectal Cancer Incidence Among Young Adults in California”, Kathryn Singh, MPH, MS, Thomas Taylor, PhD, Chuan-Ju Pan, MD, Michael Stamos, MD, and Jason Zell, DO, MPH, University of California, Irvine, analyzed more than 231,500 CRC cases over a 22-year period, including 5,617 cases affecting young adults. CRC is uncommon in people younger than 50 years of age. Among older adults, screening to detect and remove precancerous polyps has largely contributed to declining CRC rates for the U.S. population as a whole. Across the study period, however, the authors found significant increases in CRC incidence among the 20-29 year and 30-39 year age groups. The data also showed greater CRC risk for certain racial groups, and differences in tumor location and stage at diagnosis for young adults compared to individuals 50 years of age and older.

About the Journal
Journal of Adolescent and Young Adult Oncology (JAYAO) is a quarterly peer-reviewed journal, published online with Open Access options and in print, dedicated to the promotion of interdisciplinary research, education, communication, and collaboration between health professionals in AYA oncology.

JAYAO is the central forum for clinical, research, and professional specialties focused on improving cancer care and outcomes for AYA-aged cancer patients and survivors. Our multidisciplinary editorial board and readership includes but is not limited to: pediatric, medical, and surgical oncologists of all types and specialties; oncology nurses and advanced practice staff; psychosocial and supportive care providers including, psychiatrists, psychologists, and social workers; translational cancer researchers; and academic- and community-based pediatric and adult cancer institutions. Complete tables of content and a sample issue may be viewed on the Journal of Adolescent and Young Adult Oncology (JAYAO) website.

The Society for Adolescent and Young Adult Oncology (SAYAO) is an international professional organization dedicated to improving adolescent and young adult cancer care through the promotion of interdisciplinary research, education, communication, and collaboration among health professionals. Patients and survivors aged 15-39 are a distinct patient population within oncology, and SAYAO focuses on the unique biological, clinical, psychosocial, and survivorship issues of this age group. JAYAO is also the official journal of the Teenage Cancer Trust.

Colorectal Cancer on the Rise in Adults Under 50
In some respects, the U.S. is winning the war on cancer. Recent reports show an overall decline in the number of new cancer cases and fewer cancer deaths.

But those gains aren’t being shared by everyone. A case in point: A new study shows that rates of colon and rectal cancers have climbed in younger adults over the last decade.

That’s happening even as colorectal cancer rates have dropped steadily in adults over 50, the age most people are advised to start screening for the disease.

Researchers aren’t sure what’s causing the increase in younger adults. But they hope their study will raise awareness among younger patients and their doctors, who may dismiss cancer as a cause of their symptoms.

“These young people are getting ignored. They’ve had symptoms for a year or a year and a half before they finally get diagnosed,” says researcher Y. Nancy You, MD, a surgeon at the University of Texas M.D. Anderson Cancer Center in Houston.

The study looked at nearly 600,000 colorectal cancer cases reported to a national registry between 1998 and 2007.

As expected, cancer was much more common in the older age group. About 89% of the cases were seen in adults over age 50.

But while colorectal cancer cases have dropped steadily in adults over 50, they increased by more than 2% each year in younger adults.

The increase was highest for rectal cancers, which jumped nearly 4% each year. Colon cancer rates rose nearly 3% per year.

To compound the problem, doctors say many people may not suspect cancer when symptoms like bleeding, abdominal pain, or a change in bowel habits strike someone in their 30s or 40s.

The result is often a delay in diagnosis.

Mary Ann Liebert, Inc., publishers is a privately held, fully integrated media company known for establishing authoritative medical and biomedical peer-reviewed journals, including Journal of Palliative Medicine and Cancer Biotherapy and Radiopharmaceutials. Its biotechnology trade magazine, Genetic Engineering & Biotechnology News (GEN), was the first in its field and is today the industry’s most widely read publication worldwide. A complete list of the firm’s 80 journals, newsmagazines, and books is available on the Mary Ann Liebert, Inc., publishers website.

Despite an overall drop in colorectal cancer incidence since 1998, some researchers are projecting that by 2030, the incidences of colon and rectal cancers among adults ages 20-34 will increase by 90 percent and 124 percent, respectively, and by 28 percent and 46 percent, respectively, among those ages 35-49. That was the conclusion of a study(archsurg.jamanetwork.com) published online Nov. 5 in JAMA Surgery, which found the incidence of colorectal (CRC) cancers in these age groups is on the rise.

This increase is in marked contrast to the 30 percent decline in colon cancer incidence in adults older than 50 that occurred from 2000 to 2010, said family physician Richard Wender, M.D., who is chair of the National Colorectal Cancer Roundtable and chief cancer control officer for the American Cancer Society.

“The decline in Americans over 50 is very likely entirely due to steadily increasing colon cancer screening rates,” Wender told AAFP News. “Removal of precancerous polyps resulting from screening undoubtedly accounts for the incidence decline in the older age group, but no guideline recommends screening in average-risk individuals under age 50.”

Wender said it’s important to recognize that CRC in individuals younger than age 50 is still relatively unusual, but certainly not rare.
Study Overview

The retrospective cohort study used the Surveillance, Epidemiology and End Results (SEER) CRC registry to examine patients diagnosed as having colon or rectal cancer from 1975 to 2010. The SEER database represents about 28 percent of the United States population and provides statistical information such as annual cancer incidence rates and annual percentage change (APC). The predicted annual incidence rates were calculated based on the estimated APC by age and cancer site and assumed to change at a constant percentage of the rate of the previous year.

Doug Campos-Outcalt, M.D., M.P.A., of Phoenix, former AAFP liaison to the U.S. Preventive Services Task Force (USPSTF), told AAFP News that the study and its findings raised some concerns for him. First, he said, it is a single study that used observational data from a source that could have potential biases. And second, the results for the younger age groups are presented as relative risk changes rather than absolute risks.