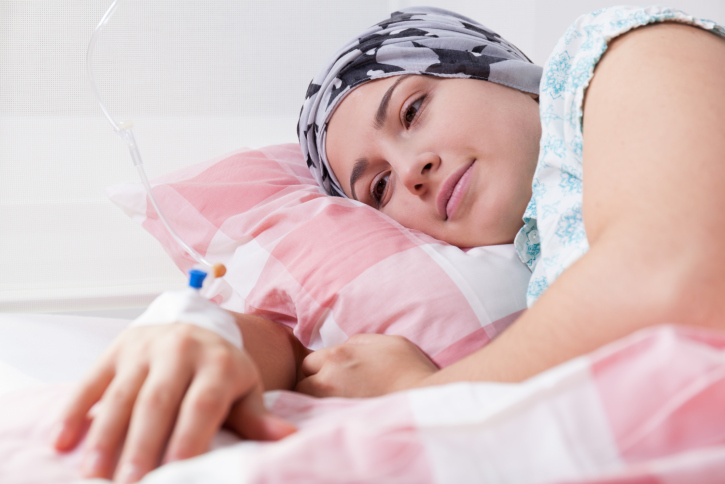 A multi-institutional academic and industry research team led by investigators from Massachusetts General Hospital (MGH) and the Harvard Stem Cell Institute has identified a promising new approach to the treatment of acute myeloid leukemia (AML). In their report published online in Cell, the investigators identify a crucial dysfunction in blood cell development that underlies AML and show that inhibiting the action of a specific enzyme prompts the differentiation of leukemic cells, reducing their number and decreasing their ability to propagate the cancer.

“AML is a devastating form of cancer; the five-year survival rate is only 30 percent, and it is even worse for the older patients who have a higher risk of developing the disease,” says David Scadden, MD, director of the MGH Center for Regenerative Medicine (MGH-CRM), co-director of the Harvard Stem Cell Institute (HSCI), and senior author of the Cell paper. “New therapies for AML are extremely limited - we are still using the protocols developed back in the 1970s - so we desperately need to find new treatments.”

In AML, the normal process by which myeloid stem cells differentiate into a specific group of mature white blood cells is halted, leading to the proliferation of immature, abnormal cells that crowd out and suppress the development of normal blood cells. A wide range of genetic changes occurs in AML, but the authors proposed that the effects on differentiation had to funnel through a few shared molecular events. Using a method created by lead author David Sykes, MD, PhD, of the MGH-CRM and HSCI, the team discovered that a single dysfunctional point in the pathway common to most forms of AML could be a treatment target.

Previous studies had shown that the expression of a transcription factor called HoxA9 - which must be shut down for normal myeloid cell differentiation to proceed—is actually maintained in 70 percent of patients with AML. Since no inhibitors of HoxA9 had been identified, the researchers pursued a novel approach to screening potential inhibitors based not on their interaction with a particular molecular target but on whether they could overcome the differentiation blockade characteristic of AML cells.

They first set up a cellular model of AML by inducing HoxA9 overexpression in mouse myeloid cells genetically engineered to glow green if they reached maturity. The team then screened more than 330,000 small molecules to find which would produce the green signal in the cells, indicating that the HoxA9-induced differentiation blockade had been overcome. Only 12 compounds produced the desired result, 11 of which were found to act by suppressing a metabolic enzyme called DHODH, which was not previously known to have a role in myeloid differentiation. Further experiments showed that DHODH inhibition could induce differentiation in both mouse and human AML cells.

Researchers at Massachusetts General Hospital (MGH) and the Harvard Stem Cell Institute (HSCI) have identified a drug compound that arrests in mice the progression of acute myeloid leukemia (AML), a bone marrow cancer that has not seen a new therapy in four decades.

The research, led by David Sykes and David Scadden, co-director and director of the MGH Center for Regenerative Medicine, was published today in the journal Cell.

AML develops when blood stem cells and blood progenitor cells cannot differentiate into adult white blood cells, and instead get frozen in an immature state. Those immature cells take up space in the bone marrow and crowd out healthy cells, making it more difficult for the dwindling number of healthy blood cells to keep up with the demands of the body.

Current therapies are designed to kill the cancer cells using toxic compounds - namely intensive chemotherapy - that ultimately assault the body, wipe out the immune system, and leave patients vulnerable to what could be deadly bacterial and fungal infection.

The team then tested a known DHODH inhibitor in several mouse models of AML and identified a dosing schedule that reduced levels of leukemic cells and prolonged survival with none of the adverse effects of normal chemotherapy. While six weeks of treatment did not prevent eventual relapse, treatment for up to 10 weeks appears to have led to long-term remission, including a reduction of the leukemia stem cells that can lead to relapse. Similar results were seen in mice into which human leukemia cells had been implanted.

“Drug companies tend to be skeptical of the kind of functional screening we used to identify DHODH as a target, because it can be complicated and imprecise. We think that with modern tools, we may be able to improve target identification, so applying this approach to a broader range of cancers may be justified,” says Scadden, who is chair and professor of Stem Cell and Regenerative Biology and Jordan Professor of Medicine at Harvard University. Additional investigation of the mechanism underlying DHODH inhibition should allow development of protocols for human clinical trials.

Scadden notes that the manuscript describes six years of work and is a true reflection of the collaborative nature of science in pursuit of clinically relevant therapies. Scientists from MGH, HSCI, the Broad Institute, the University of New Mexico, and Bayer HealthCare were all instrumental in these pre-clinical studies. Second author Youmna Kfoury, PhD, of the MGH-CRM and HSCI, was an instrumental part of the project from its early days.

Support for the study included grants from the Harvard Stem Cell Institute and the Amelia Peabody Foundation, as well as NIH award 1-R03-DA032471-01, which initially teamed MGH with a Broad Institute group led by Stuart Schreiber, PhD. David Sykes was supported by the American Society of Hematology, the Leukemia and Lymphoma Society, Alex’s Lemonade Stand Foundation, Harvard Catalyst, and the American Cancer Society.

Disclaimer: AAAS and EurekAlert! are not responsible for the accuracy of news releases posted to EurekAlert! by contributing institutions or for the use of any information through the EurekAlert system.