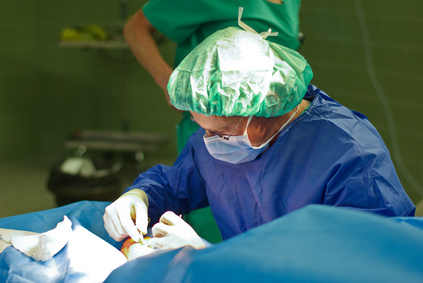 Few effective treatments have been approved to treat ovarian cancer, the deadliest of all cancers affecting the female reproductive system. Now, new research from The Wistar Institute demonstrates how a drug already in clinical trials could be used to boost anti-tumor immunity and cause T-cells to target the cancer directly while minimizing side effects. The results were published in the journal Cell Reports.

There has been considerable interest in the programmed cell death-1 (PD-1) protein and its ligand (PD-L1) because the interaction between the two inhibits important T-cell activity aimed at stopping tumor growth. PD-L1 is expressed on the surface of both cancer cells and immune cells across many different cancer types. Antibody-based drugs that specifically halt this interaction have shown promising results, though patients have experienced immune-related side effects as a result.

“We wanted to explore anti-PD-L1 therapies specifically for ovarian cancer, but we also wanted to determine if other drugs that did not cause these negative anti-PD-L1 antibody-related side effects could be used to target this cancer-promoting pathway,” said Rugang Zhang, Ph.D., professor and co-program leader in the Gene Expression and Regulation program at The Wistar Institute and lead author of the study.

The researchers found that a class of drugs known as bromodomain and extraterminal domain (BET) inhibitors were particularly effective at suppressing PD-L1 activity when they studied the drug in epithelial ovarian cancer cell lines. Multiple BET inhibitors are in various stages of clinical trials for different types of cancer. They are able to suppress inflammatory responses, and they may be able to do so without affecting the anti-tumor immune response. In this study, they used an experimental BET inhibitor called JQ1.

A new computerised test originally designed to study plants is being used to accurately predict how long women suffering from ovarian cancer are likely to survive.

The fully automated system, which can analyse thousands of cells in only a few seconds, measures the diversity of different types of cell in areas of the body where the cancer has spread.

Scientists at the Institute of Cancer Research found a “staggering” difference in survival rates between women with high and low levels of diversity at these secondary sites.

Survival was far poorer among women with high diversity than those with low scores, with just nine per cent of women with diverse metastases surviving five years from diagnosis, compared with 42 per cent of those whose metastases were dominated by one cell type.

Even though BET inhibitors do not specifically target PD-L1, the researchers were able to determine why this class of drugs is so effective. They showed that bromodomain-containing protein 4 (BRD4), one of the members of the BET family that is inhibited by these drugs, is a critical regulator of PD-L1 expression. The BRD4 gene is often amplified in ovarian cancer and may serve as a valuable biomarker to determine which ovarian cancer patients could benefit the most from receiving treatment with BET inhibitors.

“Targeting PD-L1 appears to be an effective strategy for combating a variety of human cancers,” said Hengrui Zhu, Ph.D., a postdoctoral fellow in the Zhang lab and first author of the study. “With BET inhibitors, we believe we have found a powerful new addition to available therapeutic strategies for ovarian cancer.”

The Wistar Institute is an international leader in biomedical research with special expertise in cancer research and vaccine development. Founded in 1892 as the first independent nonprofit biomedical research institute in the country, Wistar has held the prestigious Cancer Center designation from the National Cancer Institute since 1972. The Institute works actively to ensure that research advances move from the laboratory to the clinic as quickly as possible.