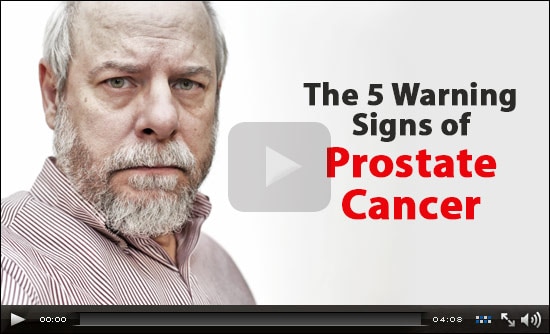 In what they are calling a surprising finding in a large study of men who completed questionnaires and allowed scientists to review their medical records, Johns Hopkins researchers report that men with a history of asthma were less likely than those without it to develop lethal prostate cancer.

In their analysis of data collected from 47,880 men and described online Feb. 27 in the International Journal of Cancer, the scientists found that men with a history of asthma were 29 percent less likely to have been diagnosed with prostate cancer that spread or to have died of their prostate cancer. Overall, asthmatic men were 36 percent less likely to die of the disease.

The findings are particularly surprising, because some studies suggested that prostate cancer is linked to the kind of inflammation associated with asthma, which itself is a chronic inflammatory condition, says Elizabeth A. Platz, Sc.D., M.P.H., a professor of epidemiology at the Johns Hopkins Bloomberg School of Public Health and co-leader of the Cancer Prevention and Control Program at the Johns Hopkins Kimmel Cancer Center.

Platz strongly cautioned, however, that it’s not possible from the study to say that asthma protects men from prostate cancer.

“We don’t know yet whether the association we see in this observational study is a case of cause and effect,” she says.

The analysis suggested that men with asthma had a lower risk of developing lethal prostate cancer even when researchers considered such factors as whether the men took medication for asthma or whether their asthma was diagnosed early or later in life.

The researchers also analyzed links between a history of hay fever and lethal prostate cancer, finding a smaller but opposite association: Men with hay fever were 10 to 12 percent more likely to have lethal or fatal prostate cancer.

The 47,880 men ages 40 to 75 participated in Harvard’s Health Professionals Follow-Up Study from 1986 through 2012 and did not have a cancer diagnosis before 1986. Study participants had completed a questionnaire every two years, reporting on demographic information, medical history, medication use and lifestyle factors. For men who reported a prostate cancer diagnosis, researchers evaluated their medical records and pathology reports. Among them, 9.2 percent reported a diagnosis of asthma, while 25.3 percent had been diagnosed with hay fever. There were 798 confirmed lethal prostate cancer cases in the group.

Platz and Charles Drake, M.D., Ph.D., co-director of the Prostate Cancer Multidisciplinary Clinic at the Johns Hopkins Kimmel Cancer Center, began looking at a possible connection between asthma and prostate cancer based on work in mice showing that the immune cells that infiltrate prostate tumors produce an immune response known as Th2 inflammation.

“Asthma is often considered to be a disease of chronic inflammation, particularly Th2 inflammation,” Drake explains. “And cancer is often thought of as mediated by Th2 inflammation. So what we expected was that asthmatics would have a higher incidence of prostate cancer.”

Instead, the new analysis “showed the exact opposite, that men with asthma had a relatively lower risk of prostate cancer,” Drake says.

A few other studies have analyzed the association between asthma and risk of prostate cancer, but Platz says the Johns Hopkins analysis differs in its larger size and its focus on lethal cancer cases.

“We also looked at when the men got their asthma or hay fever diagnosis so we could be more certain that we weren’t missing a relevant ‘window’ of exposure that could influence prostate cancer,” she says.

Drake says there are several possible reasons why asthma might not be linked to a higher risk of lethal prostate cancer.

The collaboration between Drake, an immunologist, and Platz, an epidemiologist, and others on the research team will continue as “we go back into the lab and try to characterize the nature of the immune cells present in the prostate,” says Platz. “We want to see what it is about a particular immune profile or immune environment that might be related to prostate cancer, especially aggressive prostate cancer.”

Other scientists who contributed to the study include Kathryn M. Wilson, Lorelei A. Mucci, Meir J. Stampfer, Walter C. Willett, Carlos A. Carmargo Jr. and Edward Giovannucci of the Harvard University School of Public Health; Siobhan Sutcliffe of Washington University School of Medicine; and Stacey A. Kenfield of the University of California, San Francisco.