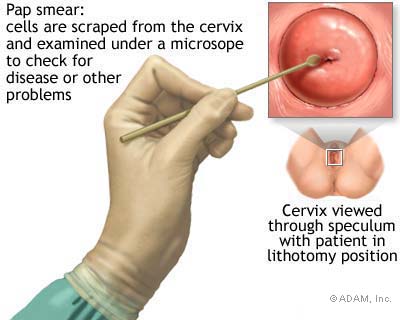 A new type of personalized cancer therapy in which immune cells are harvested from patients’ tumors, grown in the lab and infused back into patients showed dramatic results in a small, government-led trial in women with advanced cervical cancer, U.S. researchers said on Monday.

Two women in the study who had tumors that had spread throughout their bodies had a complete remission of their cancers after a single treatment, according to the study presented at the American College of Clinical Oncology meeting in Chicago.

The trial by researchers at the National Cancer Institute is the first to show that this promising new technology known as adoptive T cell therapy can have an impact in solid tumors, said Dr Renier Brentjens, director of cellular therapeutics at Memorial Sloan Kettering Cancer Center, who was not involved in the study.

The approach attempts to take advantage of the body’s own T cells - infection-fighting white blood cells that recognize and mount an attack on harmful invaders such as viruses and cancer. Researchers at Memorial Sloan Kettering have already shown dramatic results in blood cancers such as acute lymphoblastic leukemia.

“This is yet another example of a successful application of adoptive T cell immunotherapy, now in the realm of solid tumors, such as cervical cancers,” Brentjens said. “We’re starting to see that T cells, if properly targeted, can eradicate incurable metastatic cancers.”

In this early-stage trial, researchers studied nine women with metastatic cervical cancer caused by the human papillomavirus (HPV) in whom there are currently few treatment options.

For the therapy, researchers essentially beefed up the patients’ own weak immune responses to the cancer by removing T cells from their tumors that recognize two HPV-related proteins known as E6 and E7. The team then grew up batches of these HPV-targeting immune cells and returned them to the patients to fight the cancer.

Of the nine women tested, three responded. One had a partial response in which the tumor shrank by nearly 40 percent, a response that lasted for three months. Two patients have had complete remission of their cancers that so far has lasted for 15 months in one patient and 22 months in the other.

“What this means is on a very specific level is patients that have otherwise metastatic cervical cancer now have a treatment option that may in about a third of cases provide them with durable disease response,” Brentjens said.

Tinkering with the immune system in this way caused some serious side effects, however, including low blood counts and infections, but the findings are promising enough to expand the trial to more patients, the team said.

Currently, the study is only going on at the National Cancer Institute, and researchers at the ASCO meeting acknowledged that the labor-intensive technology may be difficult to scale up at non-academic centers.

Unlike the approach taken at Memorial Sloan Kettering and other centers known as CAR T, the technology does not involve any genetic engineering of the immune cells.

Dr Steven O’Day of the University of Southern California, who moderated the press conference, said the study was a “dramatic proof of principle” that the technology could help women with advanced cervical cancer.

“These are young women who had failed multiple attempts at directed targeted therapy.”

“We’re moving it into a disease that is generally has not seen well by the immune system, but we’re using this HPV virus to tease out T-cells, expanding those in the lab, and giving them back.