CONSIGN was a prospective, observational study that was initiated to allow patients with mCRC access to regorafenib before marketing authorisation and to assess safety, which was the primary endpoint. The randomised phase III CORRECT trial previously showed that regorafenib significantly improves survival in patients with pre-treated mCRC and led to regulatory approval.

“We began CONSIGN at the suggestion of the authorities and to fulfil the wishes of patients and doctors for a larger expanded access,” said lead study author Prof Eric Van Cutsem from University Hospitals Leuven, Belgium. “Today we report on safety and progression-free survival in a large cohort of patients that more closely resembles daily clinical practice than the pivotal registration trial.”

CONSIGN included more than 2,800 patients at 188 sites in 25 countries who received regorafenib for a median of 2.5 months. Grade >3 adverse events occurred in 80% of patients. The estimated progression-free survival was 2.7 months and was similar across KRAS wild type and mutant subgroups.

Van Cutsem said: “This study in a real world population of patients with pre-treated mCRC shows a similar safety profile and progression-free survival with regorafenib as shown in the randomised CORRECT trial. The findings add to our knowledge of how to select patients and how to manage toxicities. We need to establish clear guidelines on the management of adverse events to make taking the drug more tolerable for patients.”

Commenting on the data, Dr Dirk Arnold, ESMO spokesperson, director of the Department of Medical Oncology, Klinik für Tumorbiologie in Freiburg, Germany, said: “CONSIGN confirms the efficacy and safety data of the randomised phase III CORRECT and CONCUR trials. The merit of CONSIGN is that it translates phase III data into the clinical routine since patients had similar characteristics and pre-treatment to what we see in daily practice.”

The adverse events reported in CONSIGN were within the scope of expectation and comparable to the CORRECT trial, added Arnold. “There were no surprising findings in terms of toxicity,” he said. “All of the adverse events were quite class specific and also likely manageable.”

He added: “CONSIGN depicts what we would expect from an observational trial in this setting. It shows that we have further treatment options for mCRC patients pre-treated with chemotherapy, and that this comes at the cost of a specific, but manageable toxicity profile.” 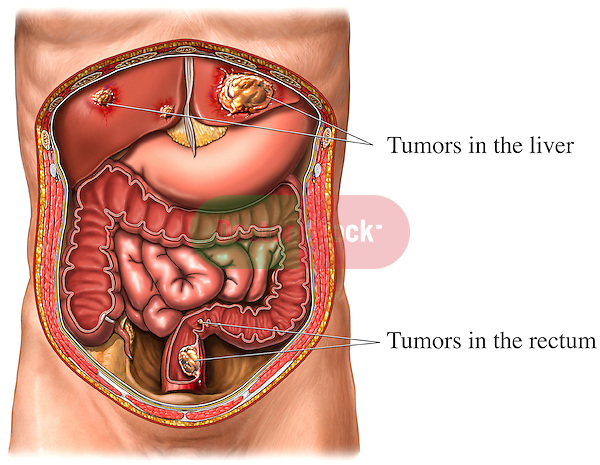 Regarding the next step in this research area, Arnold said: “Biomarkers have been extensively investigated in the randomised trials but until now nothing has been found that would allow prediction of the benefit of regorafenib for a specific group of patients. I would suggest having a further look at the data in the observational CONSIGN study to see if there are clinical characteristics that identify patients who could benefit more or less from this treatment.”

An analysis of the characteristics and outcomes of patients in the CONCUR and CORRECT trials has confirmed the clinical benefit of regorafenib in patients with previously treated metastatic colorectal cancer.(2) Overall survival improved in Asian and non-Asian patients and adverse events were similar across the two trials.

He continued: “The differences in pre-treatment may be responsible for the better outcome of patients getting active treatment in the CONCUR trial compared to the CORRECT trial. The hypothesis could be made that less pre-treatment allows a larger gain of overall survival by adding a drug like regorafenib in this setting.”

Arnold concluded: “The main difference between the two trials is that all patients in CONCUR were of Asian origin whereas only 15% of patients had an Asian background in CORRECT. It’s not clear whether it is ethnicity or pre-treatment that brings the difference in benefit, but very likely it’s the pre-treatment.”

The pre-specified analysis investigated outcome and toxicity in relation to KRAS and BRAF mutant status. The latter group was too small to allow meaningful conclusions.

Commenting on the data, Dirk Arnold said: “Overall there were no large differences in efficacy or in the incidence of adverse events according to KRAS status. However, patients with wild type status had a better outcome than those with mutant status. That underlines our knowledge that the mutation confers a poorer prognosis, now also proven in largely pre-treated patients, and not that TAS-102 is less effective in these patients.”

He added: “There were no differences in adverse events between mutant and wild type groups. This is also not surprising because as far as we know the mechanism of action of TAS-102 is not correlated to KRAS or BRAF mutational status.”

1 Abstract LBA-05 ‘Results from the large, open-label phase 3b CONSIGN study of regorafenib in patients with previously treated metastatic colorectal cancer’ will be presented by Eric Van Cutsem during Session X: Presentation of Selected Abstracts: Colorectal Cancer on Friday 3 July, 8:00.

2 Abstract O-0011 ‘Characteristics and outcomes of patients enrolled in the CORRECT and CONCUR phase 3 trials of regorafenib for metastatic colorectal cancer (mCRC) will be presented by Axel Grothey during Session X: Presentation of Selected Abstracts: Colorectal Cancer on Friday 3 July, 8:00.

3 Abstract O-0010 ‘KRAS and BRAF gene subgroup analysis in the Phase 3 RECOURSE trial of TAS-102 versus placebo in patients with metastatic colorectal cancer’ will be presented by Howard Hochster during Session X: Presentation of Selected Abstracts: Colorectal Cancer on Friday 3 July, 8:00.