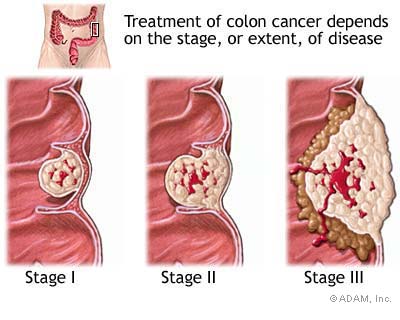 For the first time, Keck Medicine of the University of Southern California (USC) cancer researchers have traced the origins of colorectal cancer cells, finding important clues to why tumor cells become “good” or “bad,” with the potential of stopping them before they start.

The scientists employed a “Big Bang” model of human colorectal cancer growth similar to the theory that the universe started from a single point and exploded outward. The team was led by Keck faculty researchers Darryl Shibata, M.D., professor of pathology, Keck School of Medicine of USC and Christina Curtis, Ph.D., M.Sc., assistant professor of medicine and genetics at Stanford University and adjunct assistant professor, department of Preventive Medicine, Keck School of Medicine of USC.

“It’s like going back in time,” said Shibata. “The history of each tumor is written in its genomes. To prevent tumors, you want to see what happened early on and how to stop their first cell divisions.”

By taking samples from opposite sides of colorectal tumors, the researchers reconstructed the first few divisions, which took place when the nascent tumors were too small to even detect. The tumor starts were abnormal, with a burst of new mutations. Moreover, even from the start, many cancer cells expressed the abnormal mobility or intermixing of cells that would allow them to eventually invade and metastasize in the body. By contrast, tumor cells destined to form benign adenomas did not intermix, indicating that some tumors are “born to be bad.”

Understanding which tumors will kill and which ones are harmless is critical to patients making decisions about tumor removal and surgery, Shibata said.

The next step is to further explore what happens at the genesis of tumor cells, which Shibata and Curtis are currently studying. Curtis will also look into whether other cancers behave the same way as the colorectal cancers.

A colorectal cancer may be benign or malignant. Benign means the tumor will not spread, while a malignant tumor consists of cells that can spread to other parts of the body and damage them.

What is the colon? What is the rectum?
The colon and rectum belong to our body’s digestive system - together they are also known as the large bowel.

The colon reabsorbs large quantities of water and nutrients from undigested food products as they pass along it.

The rectum is at the end of the colon and stores feces (stools, waste material) before being expelled from the body.

What are the signs and symptoms of colorectal cancer?

Going to the toilet more often.
Diarrhea.
Constipation.
A feeling that the bowel does not empty properly after a bowel movement.
Blood in feces (stools).
Pains in the abdomen.
Bloating in the abdomen.
A feeling of fullness in the abdomen (maybe even after not eating for a while).
Vomiting.
Fatigue (tiredness).
Inexplicable weight loss.
A lump in the tummy or a lump in the back passage felt by your doctor.
Unexplained iron deficiency in men, or in women after the menopause.

As most of these symptoms may also indicate other possible conditions, it is important that the patient sees a doctor for a proper diagnosis. Anybody who experiences some of these symptoms for four weeks should see their doctor.

The research, “A Big Bang model of human colorectal tumour growth,” will be published Monday, Feb. 9, 2015 in the peer-reviewed journal Nature Genetics.

The renowned USC Norris Comprehensive Cancer Center is one of the first comprehensive cancer centers established by the National Institutes of Health (NIH) in the United States. Keck Medicine of USC is ranked 23rd in the nation for cancer care, according to U.S. News & World Report.