A “vessel boost” (VB) dose of radiation could increase the likelihood that patients with borderline resectable and locally advanced pancreatic cancer will be able to undergo surgical resection, thus increasing survival outcomes, according to American oncologists.

In a study conducted by researchers at the Fox Chase Cancer Center in Philadelphia, adding an extra dose of radiation to the 5 mm of tumor around areas of vessel involvement as part of standard chemoradiation increased the chances that the tumor could be resected.

However, when these patients were compared with patients who underwent no boost, the difference in median overall survival was not significant (17.6 vs 12.6 months; P = .10). This might be a function of the relatively small number of patients and the retrospective nature of the study.

“Our study shows a statistical trend in the increased rate of surgical resection and survival in patients who received a VB,” the researchers report in their study, which was published online June 11 in Practical Radiation Oncology.

Notably, overall median survival was significantly better in patients who underwent surgery than in those who did not (28.7 vs 8.7 months; P

Importantly, a VB was not associated with a significant increase in acute toxicity or any radiation-associated late adverse effects, and appears to be safe and well tolerated.

In patients with pancreatic cancer, boosted radiation is important. "

The only possibility for cure is with surgery, and often patients don’t present with a stage that’s easily resectable,” said lead author Lora Wang, MD.

An estimated 46,420 Americans will be diagnosed with pancreatic cancer in the U.S., and over 39,590 will die from the disease.

Pancreatic cancer is one of the few cancers for which survival has not improved substantially over nearly 40 years.

Pancreatic cancer is the 4th leading cause of cancer-related death in the United States.

The average life expectancy after diagnosis with metastatic disease is just three to six months.

Pancreatic cancer may cause only vague symptoms that could indicate many different conditions within the abdomen or gastrointestinal tract. Symptoms include pain (usually abdominal or back pain), weight loss, jaundice (yellowing of the skin and eyes), loss of appetite, nausea, changes in stool, and diabetes.

Treatment options for pancreatic cancer are limited. Surgical removal of the tumor is possible in less than 20% of patients diagnosed with pancreatic cancer. Chemotherapy or chemotherapy together with radiation is typically offered to patients whose tumors cannot be removed surgically.

Pancreatic cancer is a leading cause of cancer death largely because there are no detection tools to diagnose the disease in its early stages when surgical removal of the tumor is still possible.

The National Cancer Institute (NCI) spent an estimated $105.3 million on pancreatic cancer research in 2012. This represented a mere 1.8% of the NCI’s approximate $5.8 billion cancer research budget for that year.

“We know that patients who undergo a resection with tumor left behind don’t do as well as those who undergo a complete resection. That’s why this was of interest to us,” she told Medscape Medical News. 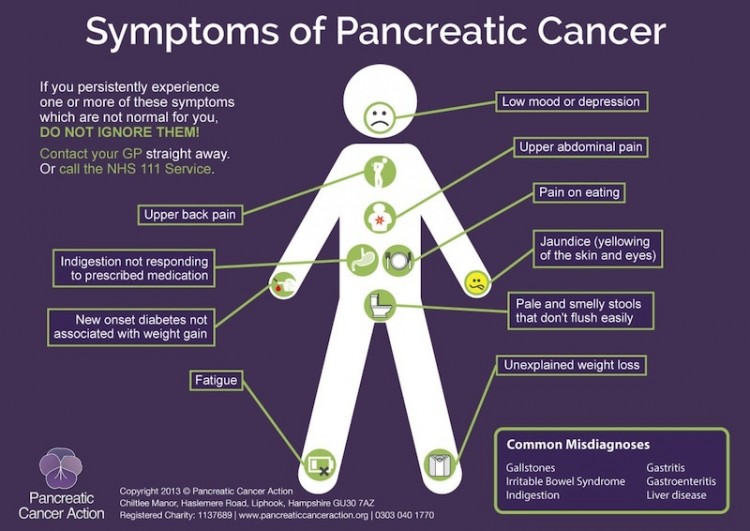 The team retrospectively examined the records of 104 patients with borderline resectable or locally advanced pancreatic cancer who were treated with neoadjuvant chemoradiation from 2006 to 2013. Median age of the study participants was 69 years.

The groups were well balanced in terms of baseline characteristics. However, the VB patients were more likely than the no-boost patients to be treated with intensity-modulated radiation therapy (P = .002), and were more likely to have been treated from 2010 to 2013 (P

After adjustment for covariates, such as year of diagnosis, age, sex, and cancer antigen (CA)19-9 level at diagnosis, VB was associated with a trend toward increased surgical resection, compared with no boost (odds ratio [OR], 2.77; P = .077).

Interestingly, there were no significant differences in the occurrence of acute toxicity or late toxicity events of grade 2 or higher between VB and no-boost patients.

Dr Wang explained that there are a couple of reasons VB might not have had a significant impact on resection rates. “One is that this is quite a small patient population,” she said. “Of the 104 patients we looked at, only 23 actually received a higher dose of radiation.”

“Another is that when you look at things retrospectively, even though with our statistical analysis we tried to take into account all of the things that could be confounders in this study, we were not able to take them all out,” Dr Wang added.

The best way to examine the impact of a treatment modification such as VB is prospectively, Dr Wang pointed out. Hoever, a prospective study would require multiple treatment facilities, and even national involvement, to achieve the patient numbers required to yield a definitive answer.

Nevertheless, she recommends that boosted radiation be considered in patients who are borderline resection cases.

Although the median VB dose used in the study was 56 Gy, the team at Fox Chase have increased that to 59 Gy because there might be a dose-response in these patients, Dr Wang explained.