Puberty in girls begins at the age of 10 to 12 years as a result of the influence of hypothalamic gonadotropin-releasing hormones secreted into the hypothalamic–pituitary portal venous system. The basophilic cells of the anterior pituitary release follicle-stimulating hormone and luteinizing hormone. Follicle-stimulating hormone causes the primordial ovarian follicles to mature into graafian follicles, which secrete estrogens, primarily in the form of 17b-estradiol. These hormones induce the growth and maturation of the breasts and genital organs.

During the first 1 to 2 years after menarche, hypothalamic-adenohypophyseal function is unbalanced, because the maturation of the primordial ovarian follicles does not result in ovulation or a luteal phase. Therefore, ovarian estrogen synthesis predominates over luteal progesterone synthesis. The physiologic effect of estrogens on the maturing breast is to stimulate longitudinal ductal growth of ductal epithelium. Terminal ductules also form buds that precede further breast lobules. Simultaneously, periductal connective tissues increase in volume and elasticity, with enhanced vascularity and fat deposition.

These initial changes are induced by estrogens synthesized in immature ovarian follicles, which are anovulatory; subsequently, mature follicles ovulate, and the corpus luteum releases progesterone. The relative role of these hormones is not clear. In experimental studies, estrogens alone induce a pronounced ductular increase, whereas progesterone alone does not. The two hormones together produce full ductular-lobular-alveolar development of mammary tissues.

The marked individual variation in development of the breast makes it impossible to categorize histologic changes on the basis of age. Breast development by age has been described by external morphologic changes.

Adult Breast
The adult breast lies between the second and sixth ribs in the vertical axis and between the sternal edge and the midaxillary line in the horizontal axis (Fig. 1-1). The average breast measures 10 to 12 cm in diameter, and its average thickness centrally is 5 to 7 cm. Breast tissue also projects into the axilla as the axillary tail of Spence. The contour of the breast varies but is usually domelike, with a conical configuration in the nulliparous woman and a pendulous contour in the parous woman. The breast comprises three major structures: skin, subcutaneous tissue, and breast tissue, with the last comprising both parenchyma and stroma. The parenchyma is divided into 15 to 20 segments that converge at the nipple in a radial arrangement. The collecting ducts that drain each segment are 2 mm in diameter, with subareolar lactiferous sinuses of 5 to 8 mm in diameter. Between five and ten major collecting milk ducts open at the nipple. 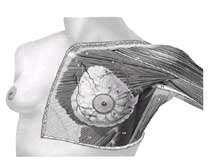 FIG. 1. Normal anatomy of the breast and pectoralis major muscle.

The nomenclature of the duct system is varied. The branching system can be named in a logical fashion, starting with the collecting ducts in the nipple and extending to the ducts that drain each alveolus, as shown in Table 1-2.

Each duct drains a lobe made up of 20 to 40 lobules. Each lobule consists of ten to 100 alveoli or tubulosaccular secretory units. The microanatomy has been described in detail by Parks. The stroma and subcutaneous tissues of the breast contain fat, connective tissue, blood vessels, nerves, and lymphatics.

The skin of the breast is thin and contains hair follicles, sebaceous glands, and eccrine sweat glands. The nipple, which is located over the fourth intercostal space in the nonpendulous breast, contains abundant sensory nerve endings, including Ruffini-like bodies and end bulbs of Krause. Moreover, sebaceous and apocrine sweat glands are present, but not hair follicles. The areola is circular and pigmented, measuring 15 to 60 mm in diameter. The Morgagni tubercles, located near the periphery of the areola, are elevations formed by openings of the ducts of the Montgomery glands. The Montgomery glands are large sebaceous glands capable of secreting milk; they represent an intermediate stage between sweat and mammary glands. Fascial tissues envelop the breast. The superficial pectoral fascia envelops the breast and is continuous with the superficial abdominal fascia of Camper. The undersurface of the breast lies on the deep pectoral fascia, covering the pectoralis major and anterior serratus muscles. Connecting these two fascial layers are fibrous bands (Cooper suspensory ligaments) that represent the “natural” means of support of the breast.

Blood Supply of the Breast
The principal blood supply to the breast is derived from the internal mammary and lateral thoracic arteries. Approximately 60% of the breast, mainly the medial and central parts, is supplied by the anterior perforating branches of the internal mammary artery. Approximately 30% of the breast, mainly the upper, outer quadrant, is supplied by the lateral thoracic artery. The pectoral branch of the thoracoacromial artery; the lateral branches of the third, fourth, and fifth intercostal arteries; and the subscapular and thoracodorsal arteries all make minor contributions to the blood supply.

In the presence of nodal metastases, obstruction of the physiologic routes of lymphatic flow may occur, and alternative pathways may then become important. The alternative routes that have been described are deep, substernal, cross drainage to the contralateral internal mammary chain superficial presternal crossover, lateral intercostal, and mediastinal drainage and spread through the rectus abdominis muscle sheath to the subdiaphragmatic and subperitoneal plexus (the Gerota pathway). This last route allows the direct spread of tumor to the liver and retroperitoneal lymph nodes. Substernal crossover is demonstrable by isotope imaging of the lymph nodes44 and may be of significance in early breast cancer.