In a large study of nearly a million girls in Denmark and Sweden, the human papillomavirus vaccine was not linked to short- or long-term health problems.

The HPV vaccine, given in three doses over a period of six months to boys and girls around age 12, protects against infection by a virus that can cause cervical cancer.

“There were not really any concerns before our study and no new ones after,” Lisen Arnheim-Dahlström said. She led the study at the Karolinska Institutet in Stockholm.

The new study used national data from both countries to investigate how many girls ages 10 to 17 were diagnosed with any of 53 autoimmune or neurological problems, including celiac disease, pancreatitis, rheumatoid arthritis, psoriasis and narcolepsy. It also looked at whether girls developed blood clots shortly after vaccination.

According to the results published in BMJ, there was no link between the type or timing of the girls’ health problems and whether they had gotten the vaccine within the previous six months or had ever received the vaccine.

Previously, isolated incidents of blood clots or other problems had been pegged to the vaccine, but this large new study did not find any negative health consequences, researchers said.

The responsibility for safety is highest when you’re giving a drug to people who are well, said Dr. Mark Schiffman, a senior investigator at the National Cancer Institute who was not involved in the new study.

Though his research centers on cervical cancer, Schiffman himself was a “late adopter” of the HPV vaccine. He told Reuters Health he did not have his young daughter vaccinated when the shots were first approved.

This large cohort study found no evidence supporting associations between exposure to qHPV vaccine and autoimmune, neurological, and venous thromboembolic adverse events. Although associations for three autoimmune events were initially observed, on further assessment these were weak and not temporally related to vaccine exposure. Furthermore, the findings need to be interpreted considering the multiple outcomes assessed.

Drug approval trials are often too small to detect whether a dose given to millions of people might negatively affect one or two, he said. Those kinds of small associations can only be found after the drug has been used in a large population.

More than 100 million doses have been administered worldwide since the first HPV vaccine was approved in 2006.

“I’m now convinced,” Schiffman said. “I recommend to other near and dear friends and family that the vaccine is, to my mind, safe.”

He has now vaccinated his daughter and would recommend that every girl get the vaccine.

“Here in Australia physicians (and the community) have been very supportive of the vaccine right from the beginning,” Dr. Julia Brotherton wrote to Reuters Health in an email. “There were certainly parents who were hesitant at the beginning because it was a new vaccine, but it is no longer a new vaccine and the impacts of the vaccine in Australia are already significant.” 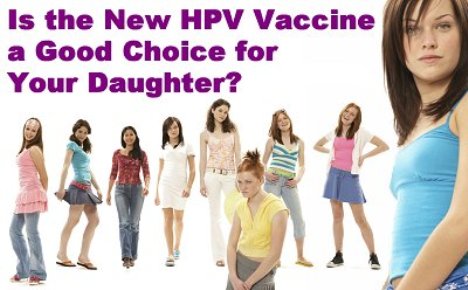 Brotherton is Medical Director of the National HPV Vaccination Program Register in Australia, where there have been very few cases of genital warts in young women since the vaccine was introduced and a reduction in precancerous cervical lesions, she said.

She was not involved in the new study but wrote an accompanying editorial in BMJ.

A general fear of what is new and unknown is not a good reason to skip vaccinations, Brotherton said.

There isn’t as much evidence to call on for side effects or health consequences for boys, but the side effect profile is in all likelihood the same, she said.

“Vaccination is always an individual decision,” she said. “But as clinicians and public health physicians we can confidently advocate for using the vaccine to prevent people from being infected with this cancer causing virus.”

“This opportunity to prevent disease and death from infectious disease that in the past killed or injured millions of people using the vaccines we have available today is truly the best gift you can give your kids.”

Since the regulatory approval of first the quadrivalent human papillomavirus (qHPV) vaccine in 2006 and later the bivalent HPV vaccine, as of 2011 about 120 million doses have been distributed worldwide. The introduction of a new vaccine invariably puts focus not only on its effectiveness but also on its safety. From experience we know that adverse events, with onset shortly after the receipt of a vaccine, especially if these events are serious (for example, chronic immune mediated and neurological diseases), tend to be attributed to this exposure by pure temporal association. The likelihood of adverse events occurring in temporal association with exposure to vaccine will increase proportionally with vaccine coverage as a new vaccine is introduced. Concern about vaccine related adverse events has been identified as an important barrier to vaccination and one of the reasons for low HPV vaccine uptake in some settings. Concerns about autoimmune and neurological conditions being triggered by HPV vaccination may be fueled further by findings related to other vaccines, such as the reported association between adjuvanted influenza A(H1N1)pdm09 vaccine and narcolepsy in Sweden and Finland as well as a small but significantly increased risk of Guillain-Barré syndrome after influenza A(H1N1)pdm09 vaccination, according to a recent meta-analysis. Several potential mechanisms by which vaccines could induce or stimulate autoimmunity have been suggested, including molecular mimicry and bystander activation. Consequently, to acquire the best possible evidence of safety, adverse events of newly introduced vaccines such as the HPV vaccines need to be monitored continuously.

Most adverse events occurring after HPV vaccination of adolescent girls have been mild and temporary, such as fever, headache, and injection site reactions. Pooled analyses of clinical trials have involved almost 12 000 participants exposed to the qHPV vaccine and more than 16 000 participants exposed to the bivalent HPV vaccine. Although these studies did not identify an increased risk of chronic or autoimmune diseases overall, they were not large enough to study individual conditions. An analysis of 12 424 reports to the Vaccine Adverse Event Reporting System, among which 772 described serious events, identified disproportionate reporting of syncope and venous thromboembolic events but not other events, such as autoimmune conditions. However, analysis of data reported to passive surveillance can only identify potential risk signals and can neither estimate the risk relative to an unexposed population nor exclude risks with certainty. Sequential analyses of Vaccine Safety Datalink observational data within seven managed care organisations in the United States (600 558 qHPV vaccine doses) found no increased risk of eight prespecified outcomes, although a non-significantly increased relative risk of venous thromboembolism was observed. A cohort study of 189 629 women in two managed care organisations in California explored the risk of 16 autoimmune events and found a significantly increased rate ratio for Hashimoto’s thyroiditis, although further assessment revealed no temporal relation or biological plausibility to support a true association. In this same cohort, no new safety concerns emerged when the risk of visits to an emergency department or admissions to hospital were evaluated for a wide range of health outcomes.