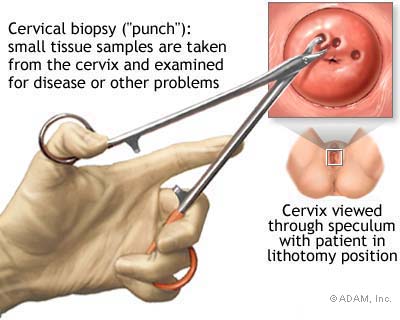 Research presented at the 29th Annual International Papillomavirus Conference shows that a therapy being developed by Hera Therapeutics Inc. combats three types of human papillomavirus, including the two that cause 70 percent of all cervical cancer.

When tested in several cultured human cell models, HTI-1968 blocked the replication of HPV-16, HPV-18 and HPV-11 cells, according to Louise T. Chow, Ph.D. and Thomas Broker, Ph.D., who presented the findings at the Seattle conference. The National Institute of Allergy and Infectious Diseases in the National Institutes of Health funded Chow’s work at the University of Alabama, Birmingham.

“HTI-1968 is potent and selective, inhibiting the growth of these high-risk HPV types. Dr. Chow’s findings, though early stage, offer hope to millions of women infected by one of these high-risk HPV types, including two that are responsible for 70 percent of cervical cancer cases,” said Hera Therapeutics CEO Karl Hostetler, M.D.. Currently surgery is the only therapy available to women who have persistent infection with these types of HPV and show signs of abnormal cells.

Hera Therapeutics is developing a topical, non-surgical approach to treat HPV, which could alter the standard of care while preserving structural integrity of the cervix.

Approximately 96 million people worldwide, men and women, are infected with HPV-16 or HPV-18, according to the Centers for Disease Control. Almost 4,000 women in the U.S. die from invasive cervical cancer each year, according to the CDC.

While cervical cancer vaccines prevent infection from the disease, they are not approved by the FDA for marketing to people over 26-years-old and have not demonstrated efficacy in people already infected with the HPV virus.

HPV is short for human papilloma virus. HPVs are a group of more than 150 related viruses. Each HPV virus in the group is given a number, which is called an HPV type. HPVs are called papilloma viruses because some of the HPV types cause warts or papillomas, which are non-cancerous tumors. But some types of HPV are known for causing cancer, especially of the cervix (the base of the womb at the top of the vagina).

The papilloma viruses are attracted to and are able to live only in certain cells in the body called squamous epithelial cells. These cells are found on the surface of the skin and on moist surfaces (called mucosal surfaces) like:

• the vagina, anus, cervix, vulva (around the outside of the vagina)

• the inner foreskin and urethra of the penis

Of the more than 150 known strains, about 3 out of 4 (75%) HPV types cause warts on the skin – often on the arms, chest, hands, and feet. These are common warts; they are not the genital type of wart.

Hera Therapeutics was founded in 2012 by Karl Hostetler, M.D., a professor emeritus at University of California, San Diego, who was previously a founder of three biotech companies, including Chimerix, Triangle Pharmaceuticals and Vical.

A massive multinational cervical cancer study described as “the benchmark for all time” has confirmed that 8 human papillomavirus (HPV) types cause more than 90% of all cervical cancers worldwide, and that HPV 16, 18, and 45 cause 94% of cervical adenocarcinomas.

The study was published online October 15 in the Lancet Oncology.

The research team, led by Silvia de Sanjose, MD, from Institut Català d’Oncologia-Catalan Institute of Oncology in Barcelona, Spain, concludes that “HPV types 16, 18, 31, 33, 34, 45, 52, and 58 should be given priority when the cross-protective effects of current vaccines are assessed and for formulation of recommendations for the use of second-generation polyvalent HPV vaccines.”

Maurie Markman, MD, vice president of patient oncology services and national director for medical oncology at Cancer Treatment Centers of America, in Philadelphia, Pennsylvania, told Medscape Medical News: ” I suspect the next generation of cervix cancer vaccines will specifically include each of the 8 HPV types noted in this paper, since this will cover 90% of the cases of cervix cancer.”

Currently, the 2 HPV vaccines on the market - Gardasil (Merck & Co) and Cervarix (GlaxoSmithKline) - protect against subtypes 16 and 18; together, these cause 70% of cervical cancer. In addition, Gardasil offers protection against 2 other subtypes (HPV 6 and 11) that cause genital warts.

However, there has been some evidence that the current vacciness might offer at least some cross-protection against other cervical cancer subtypes. A Merck research team, led by Janine Bryan, PhD, reported that Gardasil immunization induces antibodies capable of neutralizing HPV 45 in vitro (Hum Vaccin. 2007;3:109-115). The cross-reactive, cross-neutralizing antibodies were generated at reduced titers, compared with vaccine-specific types, and the researchers emphasized that antibody titers required for cross-protection against nonvaccine types were not known at that time.