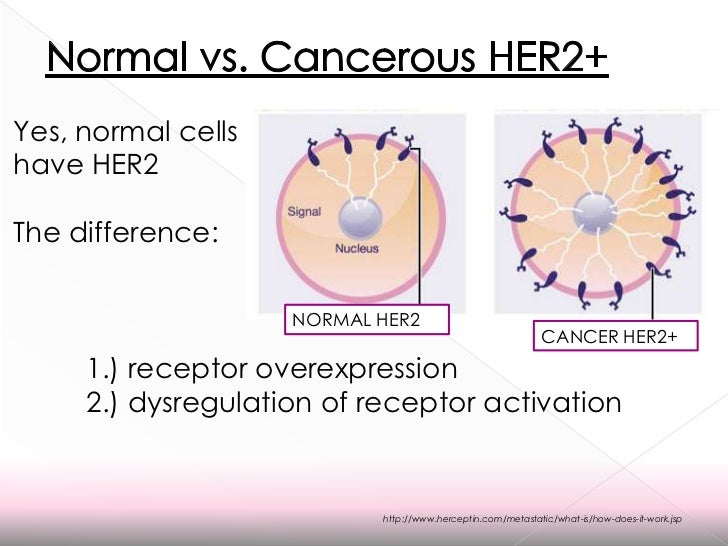 Recurrence of HER2-positive breast cancer after treatment may be due to a specific and possibly cancer-induced weakness in the patient’s immune system -  a weakness that in principle could be corrected with a HER2-targeted vaccine -  according to a new study from the Perelman School of Medicine at the University of Pennsylvania. Results of the study show that T cells from patients whose breast cancer had recently recurred showed far weaker response to the HER2 receptor protein, compared to T cells from patients whose breast cancer had not recurred over a long period following treatment.

The study, published in JAMA Oncology this week, suggests that patients with HER2-positive breast cancer -  which accounts for roughly 20 percent of the 260,000 invasive breast cancers diagnosed in the US each year -  might someday undergo immune status monitoring with blood tests before, during and after treatment, to allow physicians to gauge the risk of recurrence, and possibly to reduce that risk with therapies that boost anti-HER2 immunity.

“We know that it’s not a fixed immune defect, because we have several clinical trials open where we’re vaccinating people and can restore anti-HER2 responsivity,” said the study’s senior author Brian J. Czerniecki, MD, PhD, the Rhodes-Harrington Professor in Surgical Oncology at Penn and the co-director of the Rena Rowan Breast Center at Penn’s Abramson Cancer Center.

An Immune Marker for Recurrence Risk

Czerniecki and colleagues have been investigating the role of the immune system in breast cancer, and the potential of cancer vaccines, for most of the past two decades. Their most recent research has focused on the T-helper type 1, or Th1, immune response in cancer, in which ‘helper’ T cells mobilize killer cells to attack cancer-related targets.

In the new study, the Penn team, including first author Jashodeep Datta, MD, a general surgery resident and a member of the Czerniecki laboratory, isolated immune cells from 95 women with invasive HER2-positive breast cancer, and analyzed the cells’ ability to mount a Th1 response against the HER2 growth factor receptor protein. HER2-positive breast cancer cells overexpress the HER2 receptor to help drive their rapid proliferation. The team found that, by a standard measure, the cells from women with recently recurrent cancer that had not yet been re-treated had only about a tenth of the anti-HER2 responsivity compared to that seen in women whose HER2+ breast cancer had not recurred for at least two years following treatment.

The findings complement those from two other studies published earlier this year by Czerniecki and his colleagues. In one, the scientists found that the Th1 responsivity against HER2 tends to vary strikingly from high responsivity in cancer-free and early-stage HER2-positive breast cancer patients, to low responsivity in advanced HER2-positive breast cancer patients. In the other study, patients whose tumors shrank during standard pre-surgery drug treatment had much stronger anti-HER2 responsivity, compared to patients whose tumors responded less completely to that drug treatment.

How patients lose their anti-HER2 responsivity during the formation and growth of a HER2-positive tumor isn’t yet clear. “The thinking is that the patient’s anti-HER2 T cells somehow become exhausted and die or otherwise stop responding,” Czerniecki said. “We’re trying to determine the mechanism, but we already know that we can ‘fill the tank’ with vaccines to restore that specific responsivity to HER2.”

In addition to conducting ongoing mechanistic studies and vaccine trials, Czerniecki says his team hopes to confirm the association between anti-HER2 responsivity and cancer recurrence risk in larger clinical trials that would track patients’ immune status over time.

The study was sponsored in part by the National Institutes of Health (R01 CA096997), Pennies in Action (http://www.penniesinaction.org), and the University of Pennsylvania Abramson Cancer Center Breast Cancer Translational Center of Excellence.

Penn Medicine is one of the world’s leading academic medical centers, dedicated to the related missions of medical education, biomedical research, and excellence in patient care. Penn Medicine consists of the Raymond and Ruth Perelman School of Medicine at the University of Pennsylvania (founded in 1765 as the nation’s first medical school) and the University of Pennsylvania Health System, which together form a $5.3 billion enterprise.

The Perelman School of Medicine has been ranked among the top five medical schools in the United States for the past 17 years, according to U.S. News & World Report’s survey of research-oriented medical schools. The School is consistently among the nation’s top recipients of funding from the National Institutes of Health, with $409 million awarded in the 2014 fiscal year.

Penn Medicine is committed to improving lives and health through a variety of community-based programs and activities. In fiscal year 2014, Penn Medicine provided $771 million to benefit our community.

University of Pennsylvania School of Medicine