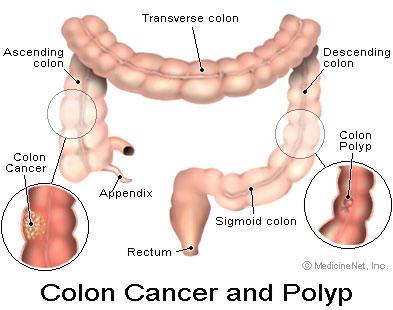 For bowel cancer patients with several other diseases, the one-year survival rate is 46 percent. For those without other diseases it is 80 percent. The same disparity characterizes other major types of cancer, shows new research based on figures from the Central Denmark Region.

There are many people in this position and the number is increasing; cancer patients who not only have to fight against cancer, but also suffer from other diseases. So-called comorbidity is a large and growing problem, not least because we are becoming older and age increases the risk of contracting cancer as well as other diseases.

How much diseases such as diabetes, COPD (chronic obstructive pulmonary disease), arthritis, depression and cardiovascular disease mean for cancer survival depends on the type of cancer; but the overall picture is the same. Other diseases have a strong negative impact on both the one and five-year survival rate. For example, for breast cancer the five-year survival rate for patients without other diseases is 83 percent. For patients with one or two other chronic diseases the survival rate is 64 percent, while it is 50 percent for those with three or more diseases. This is shown by new figures from the Central Denmark Region that have just been published in a special edition of the scientific journal Clinical Epidemiology. This edition focuses on cancer and comorbidity and is based on research from Aarhus University and Aarhus University Hospital.

Poorer survival to be expected - but not so poor

According to Henrik Toft Sørensen, professor of clinical epidemiology at Aarhus University and Aarhus University Hospital, it is to be expected that survival rates are worse if you have a poorer state of health. But it is problematic that a similar improvement in the survival rate of this group of cancer patients has not happened.

“Our studies show that other diseases have a very significant importance for survival, and we can see that these patients have not experienced the same progress in survival rates as other cancer patients have experienced during the last 15 years,” says professor Henrik Toft Sørensen, who has written the editorial in the journal.

The problem has previously been overlooked, though there has been greater awareness following the publication of specific figures on the problem 10 years ago.

“It has long been the case that cancer doctors are concerned with cancer, arthritis doctors with arthritis and so on. But increasing attention is being paid to the significance of the patients having other diseases,” he says.
Many patients have other diseases

It is estimated that around 40 percent of all Danish cancer patients have one or more other diseases with which they have been hospitalised. 30 percent have one or two other diseases, while 10 percent have three or more diseases. This appears from a systematic literature review (SLR) of all of the studies of comorbidity and breast, lung and colon cancer that have been carried out in Denmark and abroad over the past decade. The study is financed by the Danish Cancer Society and has just been published in the journal Clinical Epidemiology, along with the new figures.

That so many also have other diseases is due not only to age but also unhealthy lifestyles. According to Henrik Toft Sørensen, part of the explanation of the poor survival rate can also be found here. Smoking, alcohol and being overweight simply give a poorer rate of survival. After these factors, what means something here is the treatment. Among other things because patients with other diseases have a greatly increased risk of complications, but also because there is a risk of them receiving either too much or too little treatment.
Lack of knowledge about the proper treatment

Whether it is the cancer that the patients die of is unclear, explains PhD Mette Søgaard, Clinical Epidemiological Department, Aarhus University and Aarhus University Hospital, who are behind the literature review.

“It is not clear what the patients die of - whether it is the cancer or the other diseases. However, we can see that it is neither due to the fact that they have a more aggressive cancer, that the disease is more advanced when detected, or that the patients are older,” she says.

“There are still a lot of unanswered questions - not least whether some of these patients are receiving too little treatment,” she says.

“It is obvious that the treatment must often be individually adapted when there are several concurrent diseases. But basically, the poor results are unsatisfactory and we must focus our research on the reasons for this lack of progress. We have to carefully examine whether the quality of the simultaneous treatment of several diseases is good enough,” says Frede Olesen.

Facts about cancer and comorbidity