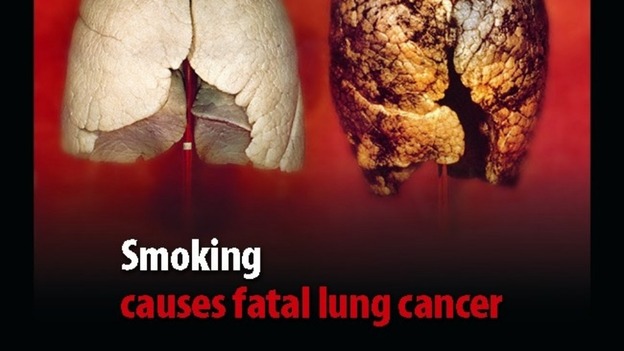 Researchers have developed a new drug delivery system that allows inhalation of chemotherapeutic drugs to help treat lung cancer, and in laboratory and animal tests it appears to reduce the systemic damage done to other organs while significantly improving the treatment of lung tumors.

This advance in nanomedicine combines the extraordinarily small size of nanoparticles, existing cancer drugs, and small interfering RNA (siRNA) that shut down the ability of cancer cells to resist attack.

The combination of these forces resulted in the virtual disappearance of lung tumors in experimental animals.

Lung cancer is the leading cancer killer in both men and women. Despite advances in surgery, chemotherapy still plays a major role in its treatment. However, that treatment is constrained by the toxic effects of some drugs needed to combat it and the difficulty of actually getting those drugs into the lungs.

The findings were made by Oleh Taratula at Oregon State University and Tamara Minko and O. Garbuzenko at Rutgers University and the Cancer Institute of New Jersey. They were just published in the Journal of Controlled Release.

“Lung cancer damage is usually not localized, which makes chemotherapy an important part of treatment,” said Taratula, an assistant professor in the OSU College of Pharmacy and co-author on this study.  “However, the drugs used are toxic and can cause organ damage and severe side effects if given conventionally through intravenous administration.

“A drug delivery system that can be inhaled is a much more efficient approach, targeting just the cancer cells as much as possible,” he said. “Other chemotherapeutic approaches only tend to suppress tumors, but this system appears to eliminate it.”

A patent is being applied for on the technology, and more testing will be necessary before it is ready for human clinical trials, the researchers said.

In the past, patients with the same type and stage of lung cancer received the same treatment. Today, researchers know that no two persons are exactly the same; no patients’ tumors are exactly the same. In some cases, doctors can use information about your tumor to help them decide whether one treatment is more likely than another to work in your case. This new approach to cancer treatment, called personalized medicine, is made possible by the discovery of biomarkers. Biomarkers are molecular characteristics of a tumor that can, in some cases, be used to help make decisions about treatment. Biomarker tests available to lung cancer patients include:

EGFR mutation analysis EGFR stands for epidermal growth factor receptor. EGFRs are structures found on the surface of some cells that take in messages, encouraging those cells to grow and divide. A mutation in the EGFR gene causes these receptors to be “on” all the time, even when they should not be. This causes the tumor to grow and divide more. Some new cancer drugs, such as erlotinib (Tarceva), block these signals. These drugs, called EGFR inhibitors, may kill cancer cells and shrink the tumor or stop it from growing. A test called EGFR mutation analysis can be performed on a sample of your tumor to help your doctor decide whether your cancer is likely to respond to treatment with an EGFR inhibitor.

ALK testing ALK testing is similar to EGFR mutation analysis. People with a mutation in the ALK (anaplastic lymphoma kinase) gene may respond to ALK inhibitors, which block signals that tell the tumor to grow and divide.

Proteomic testing A new blood test called VeriStrat is available for advanced non-small cell lung cancer patients. The test looks at protein patterns in the blood and predicts how patients are likely to respond after receiving an EGFR inhibitor. This test is useful for patients who are EGFR wild-type, or for patients who are chemo-ineligible. Because it is a blood test, VeriStrat does not require a tissue biopsy and results can be returned within three days.

Talk with your doctor about whether or not you should be tested for biomarkers, and what the results would mean for your treatment. Typically, your doctor sends the required blood or tissue sample to the company that provides the test, and results are received within a few days or weeks, depending on the test. Biomarker tests may be covered by your insurance. Check with your provider to be sure.

The foundation of the new system is a “nanostructured lipid nanocarrier,” tiny particles much smaller than a speck of dust that are easily inhaled and also readily attach to cancer cells. This carrier system delivers the anticancer drug. However, it also brings siRNA that makes the cancer cell more vulnerable.

By being inhaled, this system also avoids degradation of the chemotherapeutic agents that occurs when they are injected, researchers said. They arrive in more intact form, ready to do their job on lung cancer cells, while minimizing any side effects.

Lung cancer treatment is changing, thanks to research in prevention, early detection, and treatment. Recent advances in science and medicine include new ways to operate on lung cancer, improvements in radiation techniques, and the approval of new therapies that target a specific feature of the cancer.

Cetuximab (Erbitux) is a monoclonal antibody and an epidermal growth factor receptor (EGFR) inhibitor. Study results released in June 2008 showed a small but real increase in survival in NSCLC patients (including squamous cell carcinoma) who were treated with a combination of drugs including Cetuximab. In January 2009, the FDA application submitted to approve Erbitux as a treatment for advanced NSCLC was withdrawn because of potential differences in the drug formula within the US compared to what was available outside of the US in clinical trials. The application for approval is expected to be resubmitted.
MetMAb is also a monoclonal antibody currently being studied. It showed interesting results in a study combined with erlotinib (Tarceva) in people with NSCLC who had a high level of a certain protein in their bodies.
Afatinib is a small molecule drug currently being studied but is not yet approved. It targets the EGFR mutation. One problem with current EGFR inhibitors, such as Tarceva, is that eventually resistance to the drug will happen and the drug will stop working. Afatinib is considered a “next generation TKI,” and is meant to overcome these resistance issues and work permanently.

In more conventional chemotherapy for lung cancer, the drugs tend to accumulate in the liver, kidney and spleen, with much less of the drugs ever making it to the lungs. In this study, the amount of the drug delivered to the lungs rose to 83 percent with the inhalation approach, versus 23 percent with injection.

This work was supported by the National Cancer Institute, National Science Foundation, and the Department of Defense.