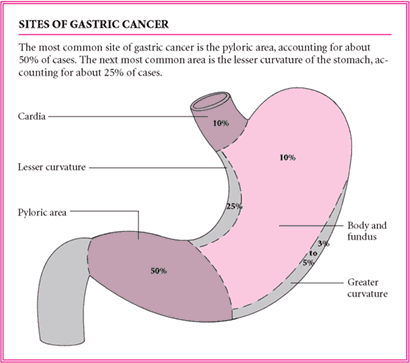 Stomach cancer, one of the leading causes of cancer death worldwide, actually falls into three broad subtypes that respond differently to currently available therapies, according to researchers at Duke-NUS Graduate Medical School Singapore.

The finding could greatly improve patient care with the development of a genetic test to classify tumors and match them to the therapies that offer the best outcomes.

“One of the features that makes gastric cancer so lethal is that it arises from many genetic alterations, creating differences in how the tumors respond to therapies,” said Steve Rozen, Ph.D., director of the Centre for Computational Biology at Duke-NUS. Rozen is senior author of the study published in the September issue of the journal Gastroenterology. “What our study has shown is that there are actually three distinct molecular classifications that appear to be biologically and therapeutically meaningful.”

Worldwide, only lung cancer is more lethal than stomach cancer. Rates in all countries have been dropping for decades, and are much lower in the United States than in Asia, but the malignancy still afflicts more than 21,000 people in the U.S. a year, according to the National Cancer Institute.

Despite differences in the way their tumors respond to treatments, patients often receive a “one-size-fits-all” treatment approach, resulting in a five-year survival rate of about 27 percent in the United States.

“There has been an urgent need for improved classification of gastric cancer that provides insight into the biology of the tumors that might help predict treatment response,” said co-senior author Patrick Tan, M.D., PhD., professor in the Cancer and Stem Cell Biology Program at Duke-NUS.

Using a technology called microarray-based gene expression profiling, Rozen and colleagues analyzed 248 gastric tumors, then further grouped them according to the genes that were expressed in the tumors.

The gene expression analysis broadly sorts the tumors into three subtypes: proliferative, metabolic and mesenchymal. These subtypes also differ in their genomic and epigenomic properties.

Tumors of the proliferative subtype have high levels of genomic instability and a mutation in the TP53 tumor suppressor gene that occurs in many types of cancers. Cancer cells of the metabolic subtype are more sensitive to the chemotherapy agent 5-FU. Cancer cells of the mesenchymal subtype have some features of cancer stem cells, and are particularly sensitive to a class of therapies called PI3K-AKT-mTOR inhibitors.

Signs and symptoms of gastric cancer include the following:

Late complications of gastric cancer may include the following features:

Pathologic peritoneal and pleural effusions
Obstruction of the gastric outlet, gastroesophageal junction, or small bowel
Bleeding in the stomach from esophageal varices or at the anastomosis after surgery
Intrahepatic jaundice caused by hepatomegaly
Extrahepatic jaundice
Inanition from starvation or cachexia of tumor origin

Tumors in the stomach can be benign (not cancer) or malignant (cancer). Benign tumors are not as harmful as malignant tumors:

Benign tumors:
are rarely a threat to life
can be removed and usually don’t grow back
don’t invade the tissues around them
don’t spread to other parts of the body

Malignant tumors:
may be a threat to life
often can be removed but sometimes grow back
can invade and damage nearby organs and tissues
can spread to other parts of the body

Stomach cancer usually begins in cells in the inner layer of the stomach. Over time, the cancer may invade more deeply into the stomach wall. A stomach tumor can grow through the stomach’s outer layer into nearby organs, such as the liver, pancreas, esophagus, or intestine.

The spread of cancer is called metastasis. See the Staging section for information about stomach cancer that has spread.