Scientists from the University of Granada (UGR) have patented an effective drug for treating cancer stem cells (CSCs) in breast, colon, and skin cancers. The researchers have proved the anti-tumor effects of the drug on immunodeficient mice.

The new compound and its derivatives enabled the researchers to reduce tumor activity by 50 percent after 41 days of treatment with the drug, administered twice a week, to mice with induced tumors. They have also managed to successfully describe the mechanisms by which the drug acts on the cancer stem cells (CSCs).

This crucial scientific breakthrough has been made by the UGR research groups “Research and Development of Pharmaceutical Drugs”, directed by Professor Joaquín Campos Rosa, and “Advanced Therapies: Differentiation, Regeneration and Cancer”, directedby Professor Juan Antonio Marchal Corrales. The Córdoba-based company Canvax Biotech has also participated in the development of the patent.

One of the major advantages of the drug is that it is non-toxic. Despite being administered to the mice in high concentrations (150 milligrams per kilo), no adverse effects were observed in the healthy cells.

Moreover, from a pharmaceutical perspective this anti-tumor drug can be successfully produced in large quantities. The researchers were able to obtain the required amount of the synthesis in just five days. 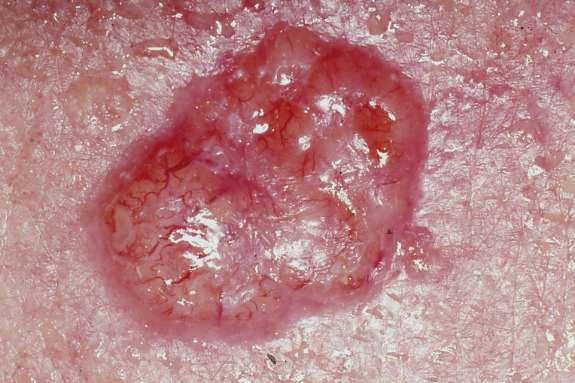 In the initial phases of their research, the scientists had already managed to create an effective drug (called Bozepinib) for treating cancer stem cells, but the process involved in its chemical synthesis was lengthy and required a great deal of time to produce very small quantities of the drug.

Having completed structural modifications of the drug - Bozepinib(by making changes to its molecular architecture), they have successfully created a compound which maintains the biological activity of its predecessor as an effective anti-tumor drug, but which can also be synthesized and produced on a grand scale - a fundamental condition for the drug’s commercial development.

The two UGR groups behind this key scientific breakthrough have been working in this line of research since 1993. In order to be able to test the new drug on mice and gauge its effectiveness on human tumors, first of all they had to inject human tumor cells into immunodeficient mice (to ensure they did not reject these cancerous cells).

Following the treatment, they discovered that some of the compounds effectively inhibited the growth of the tumor cells and the migration ability of these cells to other healthy tissues, considerably diminishing the likelihood of metastasis.

The drug directly targets CSCs without affecting the healthy cells, a huge advantagewhen compared to other cancer treatments such as chemotherapy. AlthoughCSCs are only found in small quantities in tumors, from a clinical perspective the ability to target them directly is of fundamental importance, given that they are responsible for originally causing the tumor, relapses and resistance to anticancer treatments.

The next step: Lungs and pancreas

Having proved the pre-clinical effectiveness of the new drug in treating cancer stem cells in breast, colon, and skin cancers, the scientists will now proceed to study the drug’s effect on lung and pancreas cancers, two of the most aggressive types.

They must also complete further ADME-Tox (“absorption, distribution, metabolism, excretion and toxicity”) studies of the compound’s behavior within the organism, a necessary step before carrying out clinical trials.

In the last two months, the research project has received funding of over €124,930 from the public sector from the Ministry of Economy and Finance and the firm Canvax Biotech SL and €20,000 from the private sector.