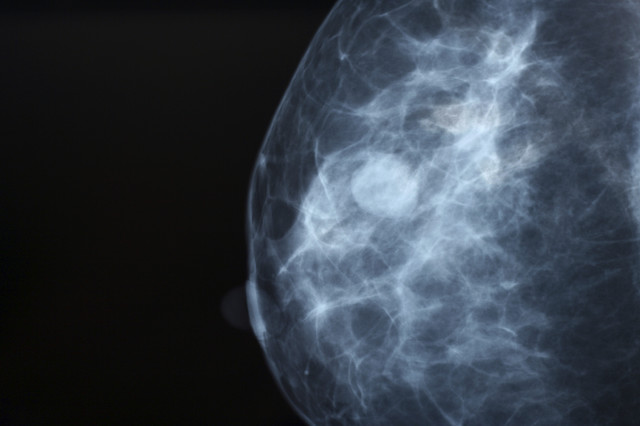 Women with positive mammography screens ultimately judged to be false were still at significantly increased likelihood for developing invasive breast cancer within the next 10 years, a study involving 1.3 million women showed.

The 10-year breast cancer risk was higher by 39% in women who had false-positive mammograms and additional breast imaging as compared with women who had true-negative mammograms, Louise M. Henderson, PhD, of the University of North Carolina Lineberger Comprehensive Cancer Center in Chapel Hill, and co-authors reported in the December issue of Cancer Epidemiology, Biomarkers & Prevention.

Moreover, the risk increase reached 76% in the subgroup of women who had breast biopsies after false-positive mammograms, and was independent of breast density, a known risk for breast cancer.

The reasons for the association remain unclear, but the results suggest that a history of false-positive screening mammography should be incorporated into breast cancer risk-prediction models, the researchers said.

“Now that we have this information, our hope is that we can add it into existing risk-prediction models to improve their ability to discriminate between women who will go on to develop breast cancer and those who won’t,” Henderson told MedPage Today.

The observation is not new but the large patient population and length of follow-up in the new study increase the level of confidence that the association is real and not a chance finding, said Richard Wender, MD, chief of cancer control at the American Cancer Society.

“The power of this study to show the association is very strong, particularly when you combine it with the results of the other studies that have been done,” said Wender. “I think we can now say with confidence that women who have had a previous false-positive mammogram are at somewhat higher risk for breast cancer.”

In absolute terms, the magnitude of the increased risk is small, about 2% during the follow-up period versus 1% for women who had true-negative mammographic results. “A small but real increase,” said Wender.

The study did not provide an explanation for the association, but the “leading hypothesis” is that proliferative changes on mammography may represent an early clue to evolving breast cancer before overt cancer exists, he added.

Previous studies have yielded conflicting data regarding the risk of breast cancer after a false-positive mammogram, the authors noted. Most of the earlier studies were conducted in Europe, which has lower reported rates of false-positive mammograms. The only study conducted in the U.S. showed an increased risk of future breast cancer in postmenopausal but not premenopausal women.