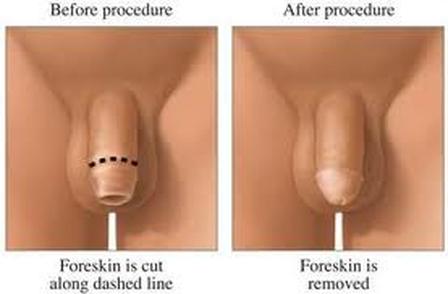 Researchers have identified potential genetic alterations in penile cancer that could pave the way for targeted treatments.

For many patients with this rare cancer, surgery is all that’s needed. But in aggressive forms of penile cancer, few therapeutic options exist, particularly targeted therapies.

The new study, led by researchers at the University of Michigan Comprehensive Cancer Center, describe a complex landscape that could suggest potential clinical trials of targeted therapies - and potential limitations in some patients.

“We saw that determining the best targeted therapies may be more complicated in penile cancer than in other cancers based on the combinations of genetic changes and variability between primary tumor and metastases,” says senior study author Scott A. Tomlins, M.D., Ph.D., assistant professor of pathology and urology at the University of Michigan Medical School.

Researchers performed next generation sequencing on 43 cases of penile squamous cell carcinoma. The cases varied in stage, grade and subtype. Fourteen samples were matched to include the primary tumor and metastatic tissue.

“In colon cancer, there are so few HRAS mutations that they haven’t been tested for predicting resistance to EGFR inhibitors. But based on the biology of HRAS, NRAS and KRAS, we would predict that they do cause resistance. As HRAS mutations are relatively common in penile cancer, this alteration may impact the tumor’s response to an EGFR inhibitor in this cancer type,” Tomlins says.

In addition, the researchers found differences between the original primary tumor and metastases in the pelvic lymph nodes. In most cancers, the best therapeutic targets are the same in primary tumors and metastases, suggesting that genetic changes occur early in cancer’s development. These findings indicate that aggressive forms of penile cancer mutate as they begin to spread and more than one area of tumor may need to be studied to identify the best therapeutic target for a given patient.

“It may not be as simple as matching one drug with one mutation based on a single sample in penile cancer. We may need to take the genomic profile in total from one or more areas to determine best strategies,” Tomlins says.

Sequencing was done using the Oncomine Comprehensive Panel, a new assay that assesses the most common genetic variants across cancer types. The assay is filtered to include variants associated with potential therapies that are approved or being studied in clinical trials. The assay is being used in the National Cancer Institute MATCH trial. It was developed and validated by researchers at the University of Michigan and Thermo Fisher Scientific.

The study is published in Cancer Research.

Penile cancer represents about 17 percent of all cancers in men. While a rare disease, the study also revealed key similarities with other squamous cell cancers, such as lung cancer, head and neck cancer, and cervical cancer.

“This provides a roadmap to design better, more informed trials for penile cancer. We have some good leads for potential therapeutic approaches. This is the basic knowledge we need to open the door to more individualized trials and treatments in the future,” Tomlins says.

Disclosure: Tomlins has a sponsored research agreement with Compendia Bioscience/Life Technologies/Thermo Fisher that provides access to the sequencing panel used in this study.