A new measure of the heterogeneity – the variety of genetic mutations - of cells within a tumor appears to predict treatment outcomes of patients with the most common type of head and neck cancer. In the May 20 issue of the journal Cancer, investigators at Massachusetts General Hospital (MGH) and Massachusetts Eye and Ear Infirmary describe how their measure was a better predictor of survival than most traditional risk factors in a small group of patients with squamous cell carcinoma of the head and neck.

“Our findings will eventually allow better matching of treatments to individual patients, based on this characteristic of their tumors,” says Edmund Mroz, PhD, of the MGH Center for Cancer Research, lead author of the Cancer report. “This method of measuring heterogeneity can be applied to most types of cancer, so our work should help researchers determine whether a similar relationship between heterogeneity and outcome occurs in other tumors.”

For decades investigators have hypothesized that tumors with a high degree of genetic heterogeneity - the result of different subgroups of cells undergoing different mutations at different DNA sites - would be more difficult to treat because particular subgroups might be more likely to survive a particular drug or radiation or to have spread before diagnosis. While recent studies have identified specific genes and proteins that can confer treatment resistance in tumors, there previously has been no way of conveniently measuring tumor heterogeneity.

Working in the laboratory of James Rocco, MD, PhD - director of the Mass. Eye and Ear /MGH Head and Neck Molecular Oncology Research Laboratory, principal investigator at the MGH Center for Cancer Research and senior author of the Cancer report – Mroz and his colleagues developed their new measure by analyzing advanced gene sequencing data to produce a value reflecting the genetic diversity within a tumor - not only the number of genetic mutations but how broadly particular mutations are shared within different subgroups of tumor cells. They first described this measure, called mutant-allele tumor heterogeneity (MATH), in the March 2013 issue of Oral Oncology. But that paper was only able to show that patients with known factors predicting poor outcomes – including specific mutations in the TP53 gene or a lack of infection with the human papillomavirus (HPV) - were likely to have higher MATH values.

In the current study, the investigators used MATH to analyze genetic data from the tumors of 74 patients with squamous cell head and neck carcinoma for whom they had complete treatment and outcome information. Not only did they find that higher MATH values were strongly associated with shorter overall survival – with each unit of increase reflecting a 5 percent increase in the risk of death - but that relationship was also seen within groups of patients already at risk for poor outcome. For example, among patients with HPV-negative tumors, those with higher MATH values were less likely to survive than those with lower MATH values. Overall, MATH values were more strongly related to outcomes than most previously identified risk factors and improved outcome predictions based on all other risk factors the researchers examined.

The impact of MATH value on outcome appeared strongest among patients treated with chemotherapy, which may reflect a greater likelihood that highly heterogeneous tumors contain treatment-resistant cells, Mroz says. He also notes that what reduces the chance of survival appears to be the subgroups of cells with different mutations within a tumor, not the process of mutation itself. “If all the tumor cells have gone through the same series of mutations, a single treatment might still be able to kill all of them. But if there are subgroups with different sets of mutations, one subgroup might be resistant to one type of treatment, while another subgroup might resist a different therapy.” 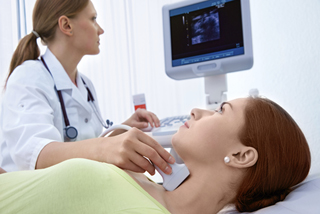 In addition to combining MATH values with clinical characteristics to better predict a patient’s chance of successful treatment, Mroz notes that MATH could someday help determine treatment choice – directing the use of more aggressive therapies against tumors with higher values, while allowing patients with lower values to receive less intense standard treatment. While MATH will probably be just as useful at predicting outcomes for other solid tumors, the investigators note, that will need to be shown in future studies.

“Our results have important implications for the future of oncology care,” says Rocco, the Daniel Miller Associate Professor of Otology and Laryngology at Harvard Medical School. “MATH offers a simple, quantitative way to test hypotheses about intratumor genetic heterogeneity, including the likelihood that targeted therapy will succeed. They also raise important questions about how genetic heterogeneity develops within a tumor and whether heterogeneity can be exploited therapeutically.”

The head and neck region is an anatomically diverse area of the body that is composed of soft tissue, bones, skin, and a variety of glands and organs. Head and neck cancer encompasses a wide range of tumors that can develop in several areas of the head and neck, including the throat, larynx (voice box), nose, sinuses, and mouth. Each year, approximately 48,000 Americans are diagnosed with a head or neck cancer (not including skin cancers that occur in the head or neck). These tumors account for up to 5 percent of all cancers in the US.

a lump or swelling in the neck
a sore in the mouth that won’t heal (the most common symptom) or that bleeds easily
a red or white patch in the mouth that doesn’t go away
frequent nosebleeds, ongoing nasal congestion, or chronic sinus infections that do not respond to treatment
persistent sore throat
persistent hoarseness or a change in the voice
persistent pain in the neck, throat, or ears
blood in the sputum
difficulty chewing, swallowing, or moving the jaws or tongue
numbness in the tongue or other areas
loosening of teeth
dentures that no longer fit
changes or discoloration in a mole; a skin sore that is crusting or ulcerated, or that fails to heal (these are also signs of skin cancer)

There are over 30 specific sites in the head and neck cancers group. Cancer of each particular site is relatively uncommon, however the group as a whole accounts for over 8,000 cases and 2,700 deaths per year in England and Wales.

The majority of these cancers arise from the surface layers of the upper aerodigestive tract (UAT): the mouth, lip and tongue (oral cavity), the upper part of the throat and respiratory system (pharynx), and the voice-box (larynx). Other UAT sites include the salivary glands, nose, sinuses and middle ear, but these cancers are relatively rare; cancers that originate in the nerves and bone of the head and neck are even rarer.

This bulletin also deals with cancer of the thyroid, a gland in the neck that produces hormones that regulate metabolism. Like cancers of other sites in the head and neck, it is uncommon. In most other respects, thyroid cancers are unlike UAT cancers, but the services required for patients overlap.

Survival rates:
The prognosis for individual patients depends heavily on the stage of the disease and co-morbidities. Disease stage can be described most precisely in terms of the size of the initial tumour (T), the extent of lymph node involvement (N), and the presence or absence of metastatic spread (M). The system often used in the UK ranges from Stage I (early disease) to IV (metastatic).

The relationship between this system and TNM stage for each cancer site is complex, but details are given in the document from which these figures were derived.

Mass. Eye and Ear clinicians and scientists are driven by a mission to find cures for blindness, deafness and diseases of the head and neck. After uniting with Schepens Eye Research Institute, Mass. Eye and Ear in Boston became the world’s largest vision and hearing research center, offering hope and healing to patients everywhere through discovery and innovation. Mass. Eye and Ear is a Harvard Medical School teaching hospital and trains future medical leaders in ophthalmology and otolaryngology, through residency as well as clinical and research fellowships. Internationally acclaimed since its founding in 1824, Mass. Eye and Ear employs full-time, board-certified physicians who offer high-quality and affordable specialty care that ranges from the routine to the very complex. U.S. News & World Report’s “Best Hospitals Survey” has consistently ranked the Mass. Eye and Ear Departments of Otolaryngology and Ophthalmology as top five in the nation.