Researchers at the University of Birmingham believe that a new method of genetically engineering immune cells could lead to improved treatment of Nasopharyngeal carcinoma (NPC) patients.

The research, published in Cancer Immunology Research, explains how the team were able to create immune cells (T-cells) that use the presence of the Epstein-Barr virus to combat NPC.

This particular cancer is unusually common throughout Southeast Asia, particularly in Southern China, where it is the third most common cancer in males. In this region, it accounts for 18% of all cancers*. Though early stage disease responds well to treatment, the more advanced cases have relatively low survival rates. As a result, there is a clear need for improved therapies for this cancer.

Work is ongoing into understanding why NPC is more prevalent in Southeast Asia than other regions. It is believed that it could stem from a mixture of environmental and genetic factors.

Epstein-Barr virus is consistently detected in malignant cells of NPC patients and, scientists believe, plays a role in the development of the tumours. The virus is ubiquitous in the human population where it usually persists as a life-long infection under the control of our immune cells.

The nasopharynx is the upper part of the pharynx (throat) behind the nose. The pharynx is a hollow tube about 5 inches long that starts behind the nose and ends at the top of the trachea (windpipe) and esophagus (the tube that goes from the throat to the stomach). Air and food pass through the pharynx on the way to the trachea or the esophagus. The nostrils lead into the nasopharynx. An opening on each side of the nasopharynx leads into an ear. Nasopharyngeal cancer most commonly starts in the squamous cells that line the oropharynx (the part of the throat behind the mouth).

Ethnic background and exposure to the Epstein-Barr virus can affect the risk of developing nasopharyngeal cancer.

Anything that increases your risk of getting a disease is called a risk factor. Risk factors may include the following:

These and other symptoms may be caused by nasopharyngeal cancer. Other conditions may cause the same symptoms. A doctor should be consulted if any of the following problems occur:

A lump in the nose or neck.
A sore throat.
Trouble breathing or speaking.
Nosebleeds.
Trouble hearing.
Pain or ringing in the ear.
Headaches.

Because it appears to be so closely linked with development of NPC, the research team were hopeful that the virus could be used as a gateway for an immune cell based therapy.

Dr Steve Lee, from the Cancer Immunology and Immunotherapy Centre at the University of Birmingham, explained, “There has been remarkable success in genetically engineering a patient’s immune cells to treat tumours in recent trials for leukaemia. We wanted to take a similar approach to other cancers, namely NPC.”

Current approaches for generating immune cells for NPC treatment are both time consuming and unreliable. The team think that this method of producing large numbers of specific immune cells within just a few days will provide more efficient treatments for patients.

Dr Lee added, “This research suggests that we might be able to make a real difference to NPC patients. The next step is to explore how we can test what we’ve found in the lab and develop a clinical trial.” 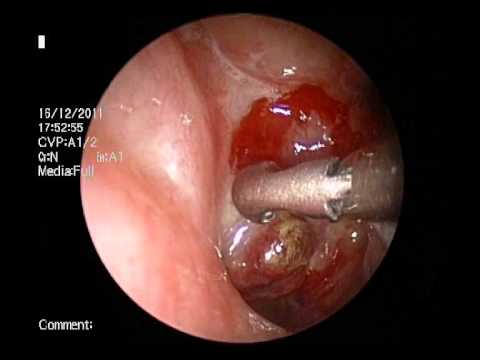 There is further hope that the genetically engineered cells could prove useful in the treatment of other tumours that possess similar molecules. Target cells with the Epstein Barr virus protein LMP2, and the ‘tissue type’ molecule HLA A11 could also be treated. HLA11 is carried by more than half of the population of Southern China.

Luke Harrison
.(JavaScript must be enabled to view this email address)