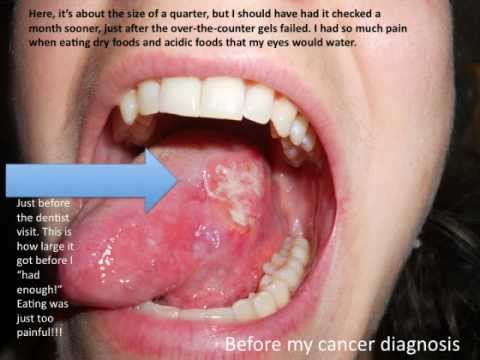 Michael Douglas has revealed he actually suffered from (and successfully battled!) tongue cancer - not throat cancer.

In an interview with the UK’s “This Morning” talk show, the 69-year-old explained why he lied about the diagnosis.

“This was right before I had a big tour for ‘Wall Street,’ so we said, ‘There’s no way we can cancel the tour and say we don’t feel well,’” the “Behind the Candelabra” Emmy-winning star said, of his daunting 2010 diagnosis. “I said, ‘You’ve just got to come out and just tell them I’ve got cancer and that’s it.’”

The actor said it was his physician’s idea to withhold the truth regarding Michael’s condition, because if he was forced to undergo surgery, “It’s not going to be pretty.” (Tongue cancer can result in disfigurement for patients, who sometimes lose part of their tongue and jaw.)

Fortunately, Michael beat the disease and has a clean bill of health. He will soon be seen on the big screen alongside Robert De Niro and Morgan Freeman in “Last Vegas,” which opens in theaters on November 1.

When cancer develops in the front portion of the tongue, it falls in to the category of Oral Cancer, while, cancer at the base of the tongue, is considered a part of Oropharyngeal Cancer. On the basis of the location of the tumor, the symptoms vary.

Statistics say, the incidence of carcinoma tongue is higher in men, than in women; and is frequently detected in males over 40 years of age.

There are a number of symptoms and clinical manifestations of tongue cancer; given below are features that indicate the presence of the disease:

• The central portion of the patch is relatively soft and bleeds easily. Bleeding occurs when pressure is exerted over the cancer spots, during chewing, drinking or swallowing, and the spots break open. The cancer spot is extremely tender and can not endure pressure of any kind, thus resulting in easy bleeding. Unexplained bleeding is an important indication and tongue cancer symptom.

• Pain while chewing and / or swallowing are other common manifesting tongue cancer symptoms.

• Some individuals also develop an ulcer or a sore on the tongue, or within the oral cavity, which shows no signs of resolving or subsiding.

• A continual sore throat is a major tongue cancer symptom.

• Numbness in the tongue and mouth occur commonly.

• Change in voice, rigid tongue with reduced movements, and bad breath are other associated tongue cancer symptoms. The patient also complains of difficulty in opening the mouth and the presence of a mass in the neck.

• Occasionally, some people even complain of ear pain.

• A lump at the back of the throat, enlarged neck lymph glands, unexplained and excessive weight loss, and an alteration in the way the dentures normally used to fit inside the mouth are frequently seen tongue cancer symptoms.