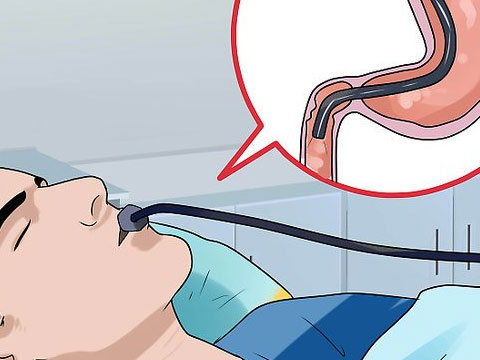 Barrett’s esophagus (BE) develops in a subset of patients with gastroesophageal reflux disease (GERD) and can increase the risk of developing cancer of the esophagus. Although periodic surveillance for cancer is recommended for BE patients, these examinations may fail to identify pre-cancerous dysplasia and early cancers. A report in the Journal of Molecular Diagnostics describes a test using next-generation sequencing (NGS) to detect genomic mutations in precancerous esophageal tissue, which may improve cancer surveillance and early detection in patients with BE.

“BE results from injury of the esophageal mucosa associated with gastroesophageal reflux, which leads to inflammation (esophagitis) and eventually BE,” explained Antonia R. Sepulveda, MD, PhD, Professor of Pathology and Cell Biology, Vice Chair for Translational Research, and Director of the Division of Gastrointestinal Pathology at Columbia University College of Physicians and Surgeons, New York, NY. In the normal esophagus, the tissue lining is made of flat squamous cells that appear pearly white and smooth during endoscopy. In patients with BE, the cells lining the esophagus appear more like cells characteristic of the small intestine (known as specialized intestinal metaplasia). As BE progresses, cells may become more disordered and disorganized, sequentially changing to low-grade dysplasia, high-grade dysplasia (HGD), and eventually esophageal adenocarcinoma (EAC).

Pathology evaluation of biopsy samples is the gold standard for detection of dysplasia in BE. Molecular testing of BE has not entered clinical practice in part due to limitations of molecular testing methods requiring fresh or frozen tissue samples and lack of sensitivity to detect low-level mutations in precancerous samples.

Dr. Sepulveda and colleagues tested readily-available formalin-fixed, paraffin-embedded (FFPE) tissue taken from esophageal biopsies or endoscopic mucosal resections. Using NGS methods, the researchers analyzed FFPE tissue samples from 13 “non-progressors” (patients with BE who never manifested dysplasia or EAC during at least two years of monitoring), 15 “progressors” (patients who developed HGD or EAC), and control samples showing no evidence of Barrett’s intestinal metaplasia. The researchers found that progressors had mutations in 75% (6/8) of cases compared to 0% in non-progressors. The tumor suppressor TP53 was the most commonly mutated gene in the BE progressor group. Mutations were also found in the APC and CDKN2A tumor suppressor genes.

“The ability to detect mutations in non-neoplastic mucosa, quantitatively and with high detection sensitivity, makes it possible to use NGS mutational testing in the early detection and surveillance of patients who develop BE,” noted Dr. Sepulveda.

A tumor in the esophagus can be benign (not cancer) or malignant (cancer):

Benign tumors:
Are rarely a threat to life
Don’t invade the tissues around them
Don’t spread to other parts of the body
Can be removed and don’t usually grow back

Malignant tumors (cancer of the esophagus):
May be a threat to life
Can invade and damage nearby organs and tissues
Can spread to other parts of the body
Sometimes can be removed but may grow back

BE is considered one of the most significant risk factors for EAC. Compared with the general population, patients with BE have more than an 11-fold increased risk for EAC. Although EAC is a relatively rare cancer, it is the tenth leading cause of cancer death in the United States. Between 2005 and 2011, about 18% of EAC patients survived for five years. However, because earlier cancer detection is associated with longer survival, there is a great need for detecting cancer early and finding biomarkers that can help predict patients at greatest risk.

- The esophagus in adults is a muscular tube about 10 inches long that helps move food from the mouth to the stomach. It is composed of a mucosal lining, submucosa, muscle tissue and an outer covering layer of cells called the adventitia above the diaphragm and the serosa below the diaphragm.

- Cancer cells are malignant forms of body cells that often grow to form tissue masses or tumors that can spread to other organs.

- The two main types of esophageal cancer are adenocarcinomas and squamous cell carcinomas.

- Common symptoms of esophageal cancer include food getting stuck in the esophagus and vomiting, pain with swallowing, chest and/or back pain, heartburn, weight loss, and a hoarse voice.

- Diagnosis is performed by a barium swallow test, endoscopy, and biopsy (definitive test).

- There are five stages of esophageal cancer (stages 0 to IV), with 0 being the least invasive and IV the most aggressive with spread to distant organs.

- Treatment of this cancer is individually based on the patient’s health and cancer stage; the options vary from surgery, chemotherapy, radiation or a combination of these options (also, some patients may be considered for laser or photodynamic therapy).

- Surgery for this cancer may involve part or all of the esophagus; other structures (part of the stomach, lymph nodes or other parts of affected organs may be removed).

- Chemotherapy uses drugs to destroy cancer cells; it is often used together with radiation and/or surgery and often requires cycles or repeated doses of drugs.

- In general, patients are encouraged to get a second opinion about their diagnosis and treatment for esophageal cancer.

- Side effects of treatment for esophageal cancer may include the need for supportive care to control pain, infections such as pneumonia, difficulty in swallowing, depression, nausea, vomiting, requiring a feeding tube, requiring a special diet, weight loss, and may need vitamin and mineral supplements

- Follow-up care for monitoring and or additional treatments is usually required.