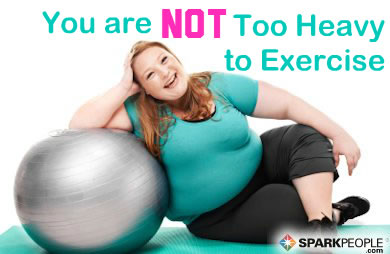 Overweight and obese women who get plenty of exercise may have a lower risk of endometrial cancer than if they were sedentary, according to new research.

Strenuous and moderate physical activity were linked to lowered risk for heavy women, but there was no association between activity level and endometrial cancer risk for thinner women, Christina M. Dieli-Conwright of the Beckman Research Institute of City of Hope in Duarte, California, and her colleagues found.

“Physical activity is a good thing, however its involvement in reducing the risk specifically with endometrial cancer does need to be further investigated,” Dieli-Conwright told Reuters Health.

While the evidence is strong that both vigorous and moderate physical activity can reduce breast cancer risk, she added, “with endometrial cancer it’s not so straightforward.”

Some past studies have already linked increased physical activity to reduced endometrial cancer risk, she and her colleagues note in their report, published in the British Journal of Cancer.

To investigate whether a woman’s body size might influence that relationship, the researchers looked at 93,888 participants in the California Teachers Study, 976 of whom were diagnosed with endometrial cancer between study enrollment in 1995-1996 and the end of 2007.

Heavier women who reported at least three hours a week of strenuous recreational physical activity at the beginning of the study had a 24 percent lower risk of developing endometrial cancer over the next dozen years compared to women who got less than half an hour of vigorous exercise each week, the researchers found.

But the same relationship was not seen for normal-weight women.

“We know that one of the strongest risk factors for endometrial cancer is obesity, so when we think of the ability to mitigate any of the excess risk through physical activity, I think that’s a very positive message,” said Patel, who studies exercise and cancer prevention but did not take part in the new study.

There are two mechanisms through which exercise might reduce endometrial cancer risk, Patel added - by helping women lose weight and by directly reducing circulating estrogen levels.

“Even in the absence of weight loss, here we’re seeing that there’s a positive value of being physically active to your risk of endometrial cancer,” she said.

Although the connection was not seen among normal-weight women, Patel said, other studies - including her own research - have suggested exercise benefits them too.

The new study “definitely provides a bit more in terms of that collective evidence base to be able to understand that relation between physical activity and endometrial cancer risk,” she said.