Led by Dr Will Brackenbury, a Medical Research Council Fellow in York’s Department of Biology, a team studied a particular protein, or sodium channel, known as Nav1.5.

Sodium channels, also known as VGSCs, exist in the membranes of excitable cells, such as neurons, where they are involved in the transmission of electrical impulses. Also present in breast cancer cells, research indicates they play a significant role in the growth and spread of tumours.

In a separate study, researchers used a laboratory tool called shRNA to target sodium channels and suppress Nav1.5 production in cancer cells in mice. When using the shRNA in breast cancer cells, Nav1.5 levels were ‘knocked down’, resulting in reduced tumour growth rates and metastasis compared to cells without shRNA. 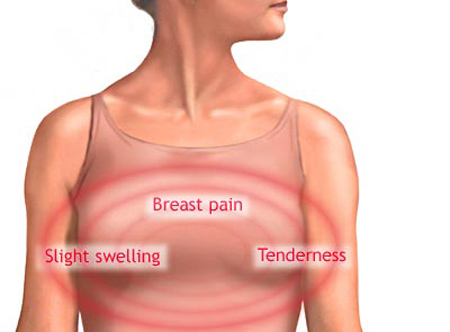 Dr Brackenbury said: “This research into Nav1.5 gives us further mechanistic understanding of this particular molecule’s role in a cancer cell. As our separate studies show, this sodium channel is both upregulated in breast cancer and is also seen to play a key role in rates of tumour growth and metastasis.

“Gaining a detailed understanding of the presence of Nav1.5 in tumours is significant as it could lead to a potential new diagnostic tool for breast cancer. The sodium channel’s effect on tumour growth rates also signifies that Nav1.5 is a useful therapeutic target, perhaps holding a key to the development of future molecular treatments for specific cancers.”

Dr Richard Berks, Senior Research Communications Officer at Breast Cancer Now, said: “Dr Brackenbury’s findings are particularly fascinating as they suggest that sodium channels - previously only thought to have a role in neurons - could also be involved in the spread of breast cancer.

“We’re very proud to have supported this work. It is a prime example of the role of the Breast Cancer Now Tissue Bank in enabling scientists to better understand what’s happening in real breast tumours, helping to improve both the quality and speed of their research.”