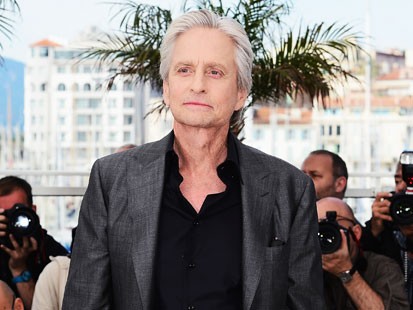 Antibodies to a high-risk type of a virus that causes mouth and throat cancers when transmitted via oral sex can be detected in blood tests many years before onset of the disease, according to a World Health Organisation-led team of researchers.

In a study in the Journal of Clinical Oncology, the researchers said their findings may in future lead to people being screened for human papillomavirus (HPV) antibodies, giving doctors a chance to find those at high risk of oral cancers.

“Up to now, it was not known whether these antibodies were present in blood before the cancer became clinically detectable,” said Paul Brennan, of the WHO’s International Agency for Research on Cancer (IARC), who led the study and described the findings as “very encouraging”.

“If these results are confirmed, future screening tools could be developed for early detection of the disease,” he said.

While HPV is better known for causing cervical and other genital cancers, it is also responsible for an increasing number of cancers of the mouth and throat, particularly amongst men.

The issue was highlighted earlier this month by Hollywood actor Michael Douglas, who said his throat cancer was caused by HPV transmitted through oral sex.

Oral, head and neck cancers are traditionally associated with heavy smoking and alcohol consumption, but over the past few decades rates of the diseases have increased dramatically, especially in Europe and North America.

Brennan said this is probably due to HPV infections because of changing sexual practices, such as an increase in oral sex.

According to IARC data, about 30 percent of all oral cancers are estimated to be HPV-related, and the main type of HPV associated with these tumours is HPV16.

A study in the British Medical Journal in 2010 also found rates of head and neck cancer linked to HPV were rising rapidly, prompting calls from some doctors for boys as well as girls to be offered vaccinations to protect them against HPV.

Two vaccines - Cervarix, made by GlaxoSmithKline, and Gardasil, made by Merck & Co - can prevent HPV.

This new study, by scientists from IARC as well as the German Cancer Research Center and the U.S. National Cancer Institute, used data from a large study known as EPIC, which involves 500,000 people from 10 European countries who were recruited in the 1990s and have been followed up since.

Researchers found that of the 135 people in the study who developed oral cancers, 47, or about one third of them, had HPV16 E6 antibodies up to 12 years before the onset of disease.

In a telephone interview, Brennan said early detection would also allow doctors to track patients with antibodies and intervene early if tumours develop. “The earlier the detection, the better the treatment and the greater the survival,” he said.

The antibody test used in the study was relatively simple and cheap and could be developed as a tool for more widespread screening within about five years if these results are confirmed in future studies, he added.

He cautioned, however, that more work was needed to improve the tests’ accuracy, since in this research there were about 1 in 100 “false positives” - where a person with the HPV16 antibodies did not go on to develop an oral cancer.

Brennan said another significant finding of the study was that patients with oral cancers linked to HPV16 were three times more likely to be alive five years after their diagnosis than oral cancer patients whose tumours were not HPV-related and may have been linked to other risks such as smoking or drinking.