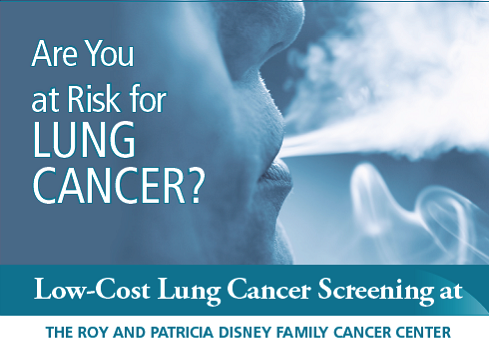 The Women’s Health Initiative Studies, a large prospective study of lung cancer, found no strong associations between lung cancer risk and a wide range of reproductive history variables and only revealed weak support for a role of hormone use in the incidence of lung cancer.

In the United States 40% of the 160,000 deaths from lung cancer are women. In men 90% of lung cancer deaths are associated with tobacco usage; however in women this number is around 75-80%. Female never-smokers are more likely to develop lung cancer than male never-smokers and the histological subtype of lung cancer is different between men and women. Women have a better prognosis with a 5-year survival rate of 20% compared to 15.4% for men. Given these gender differences there is a need to understand the potential role of reproductive factors and hormone use in determining lung cancer risk in women.

The Women’s Health Initiative Observational Study and Clinical Trials enrolled a geographically and ethnically diverse cohort of 161,808 postmenopausal women age 50-79 years between 1993 and 1998 at 40 centers across the United States. Reproductive history, oral contraceptive use, and hormone therapy replacement was evaluated in the 160,855 women eligible to be included in the analysis. Incident lung cancer was observed in 2,467 and the median follow-up was 14 years.

The results published in the Journal of Thoracic Oncology, the official journal of the International Association for the Study of Lung Cancer, show that women with previous use of estrogen plus progestin (

The lead author Ann G. Schwartz, Deputy Center Director, Karmanos Cancer Institute, Wayne State University and member of IASLC, cautions that “questions remain about estrogen and lung cancer risk that will not easily be answered by studies focusing on hormone use and emphasizes that the interplay between cigarette smoking, estrogen, genetic susceptibility and lung cancer is complex and continued study is necessary to tease apart these relationships.”

The International Association for the Study of Lung Cancer (IASLC) is the only global organization dedicated to the study of lung cancer. Founded in 1974, the association’s membership includes more than 4,000 lung cancer specialists in 80 countries.

International Association for the Study of Lung Cancer