“We have shown that a combination of plasma protein biomarkers, genetic polymorphisms, and clinical variables can improve the specificity of prostate cancer screening significantly compared with PSA in men aged 50 - 69 years,” write the authors, led by Henrik Gronberg, MD, Karolinksa Institute, Stockholm, Sweden. The study was published online November 9 in the Lancet Oncology.

“Use of the STHLM3 model in structured screening could reduce the number of prostate biopsy samples taken by about a third compared with the use of PSA screening, [and] importantly, this can be achieved without compromising the number of high-risk cancers diagnosed,” Dr Gronberg said.

STHLM3 was a prospective, population-based diagnostic study in which investigators compared the new screening model with the standard PSA test in men between 50 and 69 years of age living in Stockholm, Sweden. Each study participant underwent both screening methods.

The first phase involved a training cohort consisting of 11,130 men recruited to the STHLM3 study between 2012 and 2013; the second phase involved 47,688 men who made up the validation cohort, which was used to prospectively test the STHLM3 algorithm.

On the basis of PSA test results, the STHLM3 model, or both, 7606 of the 47,688 (16%) men in the validation cohort were referred for urologic consultation for further evaluation. A prostate biopsy sample were taken in 71% of this group.

In a multiple logistic regression model, “all variables used in the STHLM3 model were significantly associated with high-risk prostate cancers (P 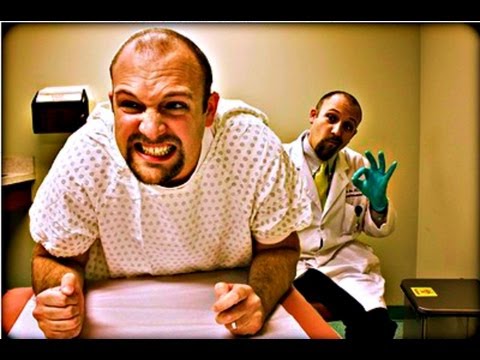 Dr Gronberg and colleagues also found that the STHLM3 model would reduce the number of biopsies by 32% and the number of benign biopsy results by 44% in comparison with standard PSA screening.

Use of the STHLM3 model could also result in a 17% reduction in the number of Gleason score 6 prostate cancers, for which biopsy would normally be performed following PSA testing alone.

Of those Gleason score 6 cancers that were not diagnosed by the STHLM3 model, all were less than 10 mm in total length, suggesting that most were clinically insignificant.

As the authors point out, a prostate biopsy can cause pain and rectal bleeding and can increase the risk for infection.

"Thus, the improved specificity of the STHLM3 model could result in savings in terms of reduced treatment morbidity, costs to the individual patient, and to the health-care system," Dr Gronberg and colleagues state.

Commenting on the study in an accompanying editorial, Alastair Lamb, MBChB, PhD, University of Cambridge and CRUK Cambridge Institute, United Kingdom, and Ola Bratt, MD, Lund University, Sweden, point out that the STHLM3 study adds to the accumulating evidence for strategies by which physicians might reduce the negative effects of prostate cancer screening.

On the other hand, Dr Lamb did not feel that the STHLM3 provides the final answer to the problems inherent in screening for prostate cancer at a population level.

“The concept of using an algorithm based on stepwise questions being asked - so not just PSA but PSA and related blood markers in combination with genetics and clinical and family history ? is a good one, and that could be the direction we travel when it comes to screening populations for prostate cancer in the future,” Dr Lamb told Medscape Medical News.

“However, we don’t believe that this particular example is the final answer.”

“Given that we are increasingly confident that men with Gleason 6 tumors don’t need any treatment at all, we need to ask, do they need to have their cancers detected in the first place?,” Dr Lamb said.

By recalibrating the algorithm, Dr Lamb felt that the diagnosis of Gleason 6 tumors and even the less virulent forms of Gleason 7 tumors could be attenuated, which would be a desirable endpoint.

But he would also like to see a modified or refined algorithm used in a study in which the primary endpoint was survival, rather than having a pathologic endpoint, as was the case in this study.

“The STHLM3 study has paved the way for population-based trials of this concept,” they add.

The study was mainly funded by the Stockholm County Council. Dr Gronberg has five patents pending related to prostate cancer diagnosis, has patent applications licensed to Thermo Fisher Scientific, and notes that in the future he might receive royalties from sales related to these patents. Dr Lamb has disclosed no relevant financial relationships.