Treating aggressive lung cancer with the diabetes drug metformin along with radiation and chemotherapy may slow tumor growth and recurrence, suggests new preliminary findings from researchers at the Perelman School of Medicine at the University of Pennsylvania being presented during an oral abstract session October 28 at the 15th World Conference on Lung Cancer.

The preclinical and clinical results, which have set the stage for a first-of-its-kind prospective study, point to metformin as an effective radiosensitizer - a drug that makes tumor cells more sensitive to radiation therapy - to treat stage III non-small cell lung cancer (NSCLC). Because of poor local response and five-year survival rates around 15 percent in late-stage NSCLC patients, well-tolerated, combination therapies are greatly needed.

The abstract is being presented by Ildiko Csiki, MD, PhD, an assistant professor of Radiation Oncology at Penn’s Abramson Cancer Center.

Metformin, the most-widely used drug for type-2 diabetes, has been shown to have anti-cancer effects on a number of cancers, including prostate and colon. It activates AMP-related pathways, leading to inactivation of mTOR and suppression of its downstream effectors, a crucial signaling pathway for proliferation and survival of cancer. However, little data exists to support its role in NSCLC. And its role as a radiosensitizer in lung cancer is even less understood.

For this study, clinical evidence from 16 diabetic patients treated at the Hospital of the University of Pennsylvania between June 2008 and June 2013 with stage III A and B NSCLC and diabetes demonstrated that chemoradiation therapy in combination with metformin dramatically improved local recurrence. With a median follow-up time of 10.4 months, only two local recurrences have occurred.

Researchers also observed a survival benefit with the combination.

Ever since discovering a decade ago that a gene altered in lung cancer regulated an enzyme used in therapies against diabetes, Reuben Shaw has wondered if drugs originally designed to treat metabolic diseases could also work against cancer.

The growing evidence that cancer and metabolism are connected, emerging from a number of laboratories around the world over the past 10 years, has further fueled these hopes, though scientists are still working to identify what tumors might be most responsive and which drugs most useful.

Now, in a new study in the journal Cancer Cell, Shaw and a team of scientists at the Salk Institute for Biological Studies found that phenformin, a derivative of the widely-used diabetes drug metformin, decreased the size of lung tumors in mice and increased the animals’ survival. The findings may give hope to the nearly 30 percent of patients with non-small cell lung cancer (NSCLC) whose tumors lack LKB1 (also called STK11).

The LKB1 gene turns on a metabolic enzyme called AMPK when energy levels of ATP, molecules that store the energy we need for just about everything we do, run low in cells. In a previous study, Shaw, an associate professor in Salk’s Molecular and Cell Biology Laboratory and researcher in the Institute’s new Helmsley Center for Genomic Medicine, demonstrated that cells lacking a normal copy of the LKB1 gene fail to activate AMPK in response to low energy levels. LKB1-dependent activation of AMPK serves as a low-energy checkpoint in the cell. Cells that lack LKB1 are unable to sense such metabolic stress and initiate the process to restore their ATP levels following a metabolic change. As a result, these LKB1-mutant cells run out of cellular energy and undergo apoptosis, or programmed cell death, whereas cells with intact LKB1 are alerted to the crisis and re-correct their metabolism.

About the Salk Institute for Biological Studies:
The Salk Institute for Biological Studies is one of the world’s preeminent basic research institutions, where internationally renowned faculty probe fundamental life science questions in a unique, collaborative, and creative environment. Focused both on discovery and on mentoring future generations of researchers, Salk scientists make groundbreaking contributions to our understanding of cancer, aging, Alzheimer’s, diabetes and infectious diseases by studying neuroscience, genetics, cell and plant biology, and related disciplines.

On the preclinical side, Penn researchers developed a mouse model of lung cancer to evaluate the tumor growth delay after using metformin as a radiosensitizing agent. They tracked tumor size in mice injected with metformin undergoing radiation and chemotherapy. Tumor measurements were taken every other day and tumor growth delay was plotted.

Early data from those experiments supports the use of metformin as a radiosensitizing agent, said Dr. Csiki.

“Such findings, along with our clinical retrospective data, will lead to institutional prospective clinical trials, for the first-time, using metformin as a radiosensitizing agent in combination with radiation therapy and chemotherapy in the treatment of lung and potentially other cancers,” the authors write. 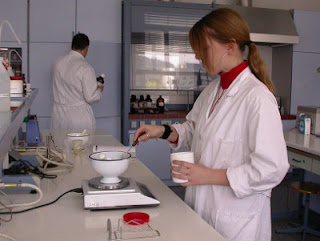 This study is one of a 13 Penn Medicine studies and talks being presented at the International Association for the Study of Lung Cancer’s 15th World Conference on Lung Cancer.

The diabetes drug metformin slows the growth of lung cancer cells and makes them more likely to be killed by radiotherapy, according to a study published in the British Journal of Cancer today.

Scientists from McMaster University in Canada found that metformin acted on the defence mechanisms that non-small cell lung cancers - the most common form of the disease - use to resist radiotherapy.

Lung cancer cells normally adapt to radiotherapy by switching on survival mechanisms that make them resistant to the treatment and even helps them to grow faster.

But, by studying lung cancer cells grown in the lab and in mice, the researchers found that metformin reverses this effect, once again making them sensitive to radiotherapy.

Importantly, the researchers used ‘real life’ levels of the drug in their experiments, similar to those already used for treating diabetes.

Metformin appears to work by enhancing the damage-detection signals sent within cancer cells in response to radiotherapy, over-riding the cells’ survival mechanisms. These signals stops cancer cells from making the new proteins they need to grow rapidly, prevents them from making new cells and ultimately encourages them to die.

Dr Theodoros Tsakiridis, study author and a radiation oncologist at the Juravinski Cancer Centre and McMaster University, said: “Our study shows that the diabetes drug metformin can stop lung cancer cells from growing and makes them more sensitive to treatment by radiotherapy.

“We’re now working with other institutions to develop a clinical trial that will investigate metformin in lung cancer patients treated with radiotherapy. If we can prove that this works in patients then we could have a potentially powerful weapon in the fight against the disease.”

Steve Graff
.(JavaScript must be enabled to view this email address)
215-349-5653
University of Pennsylvania School of Medicine