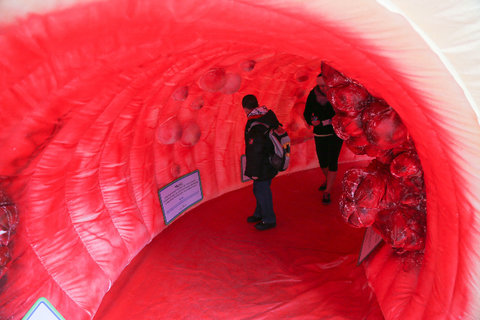 Low-dose aspirin was recommended for primary prevention of both cardiovascular disease and colorectal cancer for 50- to 59-year-olds by the U.S. Preventive Services Task Force (USPSTF).

The draft recommendation applied to only people at 10% or greater 10-year cardiovascular disease risk who aren’t at increased risk for bleeding and who are willing to take low-dose aspirin daily for at least 10 years and expect to live that long.

For people ages 60 to 69, those at greater than 10% 10-year cardiovascular disease risk might get a small net benefit but should consider use on an individual basis, the USPSTF group suggested, giving it a “C” recommendation.

Use before age 50 or after 69 had insufficient evidence for recommendation, the group reported.

Different ways to prevent cancer are being studied, including:

Changing lifestyle or eating habits.
Avoiding things known to cause cancer.
Taking medicines to treat a precancerous condition or to keep cancer from starting.

The integrated approach accounting also for bleeding should help in the clinic, “because, in fact, the decision faced by a doctor and a patient is ‘Should I take aspirin?’” Kirsten Bibbins-Domingo, MD, PhD, of the University of California San Francisco and co-vice-chair of the USPSTF, said in an interview.

“I strongly disagree with the recommendations. In fact, so does the FDA,” said Steven Nissen, MD, chair of cardiovascular medicine at the Cleveland Clinic.

The agency concluded in a review last year that the evidence just wasn’t there for general use of aspirin to prevent heart attack or stroke and denied Bayer’s request to add an indication for primary cardiovascular prevention to the label for aspirin.

“We [the USPSTF] have the luxury in our recommendation statements to make nuances by age group and by risk and we considered several different types of benefit - cardiovascular plus colorectal cancer - and I suspect those may be the basis of the differences in our recommendations,” Bibbins-Domingo told MedPage Today.

Still, given the conflicting recommendations and emerging science on cancer benefits, she predicted flux in aspirin use.

Lee Green, MD, MPH, professor of family medicine at the University of Alberta in Edmonton, said that the USPSTF recommendations were correct in finding some net benefit “but possibly not wise.”

“People don’t read the fine print, so this will in practice encourage the use of aspirin for prevention in patients for whom it won’t help, and may harm,” he told MedPage Today. “In the real world, physicians are, sad to say, not very good about calculating risk scores, and also not that good about formally evaluating bleeding risk.”

He also worried that the guideline could lead to people to follow this healthcare decision without consulting a physician.

“Many patients often don’t even ask their physician; they just hear that a guideline came out saying aspirin is good for prevention so they start taking it,” he said in an email. “I’ll wager that more than 75% of those patients won’t fit the guideline criteria.”

Not all were so critical of the USPSTF recommendations, though.

Peter A. McCullough, MD, MPH, of Baylor Scott and White Health in Dallas, called the recommendation “a big step forward” for the task force.

“I have always viewed the USPSTF as being very conservative, bordering on nihilistic, on most preventive issues,” he told MedPage Today. “I hope this group continues to move closer to the middle concerning practical, common sense recommendations on established therapies in practice today. The next major steps will be to better stylize and personalize recommendations for optimal benefit and minimal risk.”

“The use of aspirin for prevention is gaining momentum in a few other types of cancer as well (prostate, melanoma, and lung),” Ranit Mishori, MD, a family medicine physician at Georgetown University in Washington, D.C. noted in an email statement.

However, she wrote, “While I am excited to offer this as an option to my patients, I will continue to emphasize and insist they adhere to other colorectal cancer prevention strategies such as maintaining a healthy diet—eating a diet rich in fruits and vegetables and low in red meat—exercising, not smoking, and to recommended colorectal [cancer] screening protocols.”

The project was funded by the Agency for Healthcare Research and Quality.