Job applicants who are cancer survivors are less likely to receive callbacks from potential retail employers than those who did not disclose their health history, according to a recent study by Rice University and Penn State University researchers.

The study, published recently in the Journal of Applied Psychology by the American Psychological Association, focused on retail employers and compared two groups of job applicants: applicants who ostensibly never had cancer and applicants who indicated on their resumes they were cancer survivors and wore a hat that read “cancer survivor” when applying for a job.

“This is especially problematic as people with chronic and past illnesses are protected from discrimination by the Americans with Disabilities Act, and our findings indicate that cancer survivors do tend to disclose their cancer histories with interviewers at relatively high rates,” said lead researcher Larry Martinez, assistant professor of hospitality management at Penn State.

Martinez, who earned his undergraduate degree, master’s degree and Ph.D. at Rice University under the guidance of co-author Mikki Hebl, professor of psychology and management, began the research for this study as part of his graduate work. 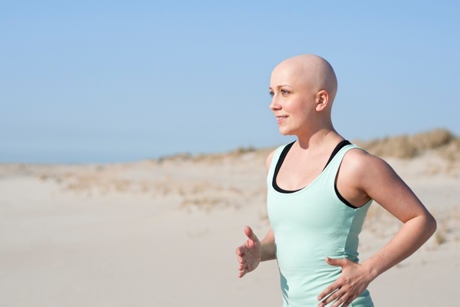 “This study is based on this idea that Mikki has been working on for a while now,” Martinez said. “Basically, people are more likely to discriminate in very subtle interpersonal ways. There’s less eye contact. There are shorter interaction times when speaking with managers. There are more negative interpersonal behaviors from managers, like frowning, brow furrowing and less smiling - fewer cues that communicate to applicants that they are interested in hiring them for the job.”

Part of the study targeted 121 retail managers at three large shopping malls in a metropolitan area in the southern part of the United States. Five undercover researchers, two men and three women between ages 21 and 29, were assigned randomly to disclose a history of cancer or provide no information about a history of cancer. Prior to data collection, researchers confirmed each establishment was hiring. Researchers excluded employers who used a strict online-only application process. Only one applicant entered each store.

Participants presented managers with resumes that included their actual work experience; however, resumes were modified to fit the work history and job requirements for the retail position and to remove any experience that would make the applicant overqualified. Participants’ resumes were also standardized for length, formatting and level of experience.

While researchers make clear that no hiring laws were broken, they found evidence of discrimination. “Despite the fact that cancer survivors are protected under the Americans with Disabilities Act, we did see this difference in callbacks between them and the general public, as well as the negative interpersonal treatment they received,” Martinez said.

Also as part of the study, researchers conducted an online survey with 87 participants who were employed full time, most of whom had management experience or experience as an interviewer. Participants were asked to provide their opinions regarding how people feel about cancer survivors in the workplace. The results indicated that workers with a history of cancer were rated higher in “warmth” than in competency.

Researchers concluded that while diversity efforts have generally increased over the last decade, health characteristics are often not included in diversity programs.

“Managers and employees should be mindful of the fact that although societal attitudes toward cancer survivors are generally quite positive, with people often viewing them as champions who have successfully overcome a traumatic experience, we nonetheless might perceive them as being less desirable employees simply because of their history with cancer,” Martinez said.

Next steps in this area could include training managers to be mindful of subtle biases they might have toward people with past and chronic health conditions, according to Martinez and Hebl. “We could train applicants who might be prone to experiencing discrimination how to present themselves in interviews in ways to reduce possible negativity they might experience,” Martinez said.

To schedule an interview with Martinez or to request the full study, contact David Ruth, director of national and broadcast media at Rice, at .(JavaScript must be enabled to view this email address) or 713-348-6327.

Located on a 300-acre forested campus in Houston, Rice University is consistently ranked among the nation’s top 20 universities by U.S. News & World Report. Rice has highly respected schools of Architecture, Business, Continuing Studies, Engineering, Humanities, Music, Natural Sciences and Social Sciences and is home to the Baker Institute for Public Policy. With 3,888 undergraduates and 2,610 graduate students, Rice’s undergraduate student-to-faculty ratio is 6-to-1. Its residential college system builds close-knit communities and lifelong friendships, just one reason why Rice is ranked No. 1 for best quality of life and for lots of race/class interaction by the Princeton Review. Rice is also rated as a best value among private universities by Kiplinger’s Personal Finance.