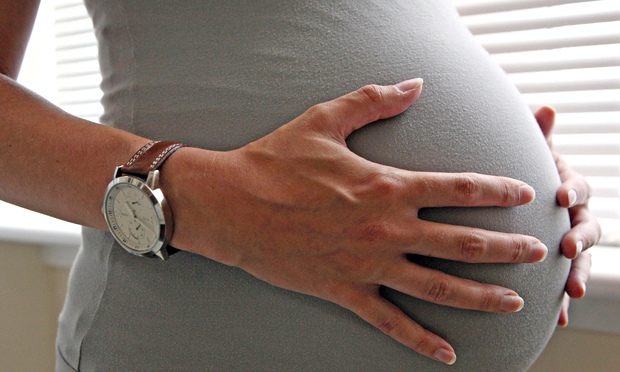 When a woman becomes pregnant or is planning a pregnancy, one of her first decisions is where she will deliver her baby. With options ranging from birthing centers to small community hospitals to regional health networks to academic medical centers, the decision can be confusing.

The question, especially for a woman with a low-risk pregnancy, is “What is the likelihood that something could go wrong?”

The researchers noted, “Determining appropriate sites of care for any type of medical issue assumes successful matching of patient risks to facility capabilities and resources. In obstetrics, predicting patients who will have a need for additional resources beyond routine obstetric and neonatal care is difficult. Women without prenatal risk factors and their newborns may experience unexpected complications during delivery or postpartum.”

The research reported on the risk of unexpected maternal and newborn complications among pregnancies without identified prenatal risk factors. The research team analyzed data collected between 2011 and 2013 from 10 million birth certificates utilizing U.S. Natality data. Pregnancies were categorized as low-risk (no prenatal risk factors) or high-risk (at least one prenatal risk factor) according to 19 demographic, medical and pregnancy characteristics. From this data, the team evaluated 21 individual unexpected or adverse intrapartum and postpartum outcomes, as well as a composite indicator of any adverse outcomes. The analysis revealed that 29 percent of pregnancies identified to be low-risk had an unexpected complication that would require non-routine obstetric or neonatal care.

The researchers concluded, “This information is important for planning location of birth and evaluating birthing centers and hospitals for necessary resources to ensure quality care and patient safety.”

Covering the full spectrum of the specialty, American Journal of Obstetrics & Gynecology presents the latest diagnostic procedures, leading-edge research, and expert commentary in maternal-fetal medicine, reproductive endocrinology and infertility, gynecologic oncology, and urogynecology, as well as general obstetrics and gynecology.

Women & Infants Hospital of Rhode Island, a Care New England hospital, is one of the nation’s leading specialty hospitals for women and newborns. A major teaching affiliate of The Warren Alpert Medical School of Brown University for obstetrics, gynecology and newborn pediatrics, as well as a number of specialized programs in women’s medicine, Women & Infants is the 11th largest stand-alone obstetrical service in the country with approximately 8,400 deliveries per year. A U.S.News & World Report 2014-15 Best Children’s Hospital in Neonatology and a 2014 Leapfrog Top Hospital, in 2009 Women & Infants opened what was at the time the country’s largest, single-family room neonatal intensive care unit.

Women & Infants and Brown offer fellowship programs in gynecologic oncology, maternal-fetal medicine, urogynecology and reconstructive pelvic surgery, neonatal-perinatal medicine, pediatric and perinatal pathology, gynecologic pathology and cytopathology, and reproductive endocrinology and infertility. It is home to the nation’s only mother-baby perinatal psychiatric partial hospital, as well as the nation’s only fellowship program in obstetric medicine.

American Journal of Obstetrics and Gynecology