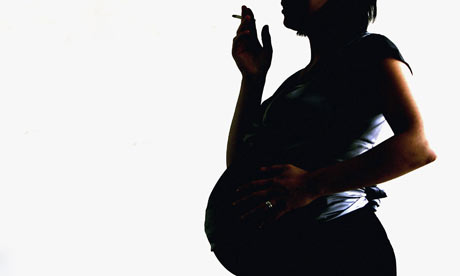 While many parents-to-be are aware that the health of their baby starts before they’ve actually arrived into the world, recent research reveals that “harm” (i.e., tobacco smoke, dirty air, poor nutrition, even preeclampsia) may not present itself disease-wise until well into adulthood or when a second harmful “hit” triggers the individual’s susceptibility.

The results were announced at the Pediatric Academic Societies conference in Vancouver, British Columbia in May by Lisa Joss-Moore, Ph.D., University of Utah Department of Pediatrics.

“We’re focusing on how certain prenatal events can cause you to develop lung disease and metabolic syndromes such as obesity, hypertension, diabetes and fatty liver,” explains Joss-Moore, whose research reveals new insights into the molecular and structural changes occurring and possible targeted intervention preventing later-in-life diseases.

Results from her studies involving cigarette smoke revealed that rat pups exposed to tobacco smoke while in utero but not postnatally (equivalent age of infant/toddler stage) were at a higher risk of developing metabolic disease and a change in lung structure and function later in life (i.e., respiratory issues).

“People have known that smoking while pregnant is not necessarily good for the baby, but people still do it. There’s this assumption that the baby is insulated from major harm, which isn’t true,” says Joss-Moore, whose research is part of a 20-year-old field known as The Developmental Origins of Health and Disease.

“The affects from the smoke may initially be subtle until there is a second hit,” explains Joss- Moore. For example, if you are exposed to tobacco smoke prenatally, your lungs may be structured differently but not present a problem. However, later in life you may be exposed to second-hand smoke or inversion pollution, triggering lung disease or a metabolic disease.

Joss-Moore’s research team is focusing on anything that causes the fetus to not grow properly. This could be related to maternal malnutrition, obesity, maternal hypertension, among other things. “Understanding the molecular mechanisms that link early life events to disease later on, allows us to see what pathways are being impacted and need fixing. Then, we can provide intervention,” explains Joss-Moore. She has discovered that one of the “broken” molecular pathways is responsive to fatty acids. The pathway is deficient in Omega 3 Fatty Acid, so when it is supplemented with Omega 3, it repairs itself and the lung structure lasts into adulthood, in rats. “With enough molecular information, we will eventually be able to move this knowledge forward into clinical trials.”

Marissa Villasenor
.(JavaScript must be enabled to view this email address)
626-905-4178
University of Utah Health Sciences