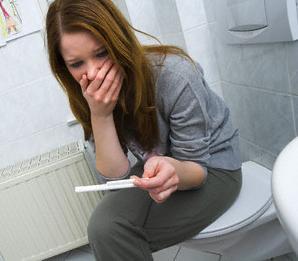 Trusted organisations, such as the NHS and some UK royal colleges, profit by selling commercial advertisers access to pregnant women through promotions such as Bounty bags. On bmj.com today, GP Margaret McCartney says these potential conflicts of interests are unacceptable.

For example, she describes how a commercial company was offered access to mothers through adverts and editorial content in ‘Baby and You’ – a magazine being set up by the Royal College of Obstetricians and Gynaecologists, which it plans to give for free to pregnant women.

The college receives £90,000 a year from the publisher, but said it is “concerned to be associated with this practice,” which it described as “ethically questionable” and that it has “strict policies on its advertising and sponsorship and does not seek advertorials for any of its publications.”

Bounty is another promotions company, with several points of contact with new families, writes McCartney. It gives out a total of 2.6 million “baby bags” a year. Some are distributed by NHS healthcare professionals and others by Bounty representatives in postnatal wards.

Bounty told the BMJ that it pays £2.3m to the NHS annually and that over 90% of mothers are “satisfied” with the packs, according to its own survey of 4,000 parents in January 2013.

However Belinda Phipps, chief executive of the National Childbirth Trust, is angry about the way that the NHS allows Bounty access to new mothers. “Within hours of giving birth, they are being asked questions - their name and address, details of life insurance - and they give them in good faith, thinking they’re speaking to a hospital person,” she says. “In fact it’s a commercial person. The NHS is condoning a sales team to collect data from mothers in order to sell their name on to commercial interests.”

The NCT also found that H M Revenue and Customs pays Bounty more than £90,000 a year to distribute child benefit forms in its packs.

“The lack of knowledge about what signing over your details means is troubling in a hospital environment, which should take consent and confidentiality seriously,” says Dr McCartney. “The hours after birth are hardly an optimal time to obtain formal consent. And is the presence of a non-essential Bounty worker on the ward desirable?”

McCartney also points to Emma’s Diary – a book endorsed by the Royal College of General Practitioners that is posted in bulk to general practices to pass on to pregnant women. It comprises 25 pages of medical information and 119 pages of adverts and offers “gift packs” on the receipt of information from mothers.

Is this helpful knowledge deserving of the stamp of RCGP approval, she asks?

In the RCGP’s accounts, more than £214,000 is entered as “other income including grants and sponsorships.” The RCGP would not tell the BMJ how much of this was the net gain from advertising through Emma’s Diary, but in a statement it said that “all content is quality assured by our RCGP editorial board who do a sterling job in ensuring that it is updated to reflect any changes to medical working practices, latest research findings [and] government guidelines.”

Is it right that the NHS infer its approval for the thousands of products being promoted at parents, asks McCartney? Do we really want parents placed under advertising pressure and for its doctors, radiographers, and midwives to be the conduit?

She concludes: “Some conflicts of interest in medicine are hard to avoid. Others are not. These should be easy.”