Osteoporosis in the hip increases the risk of suffering fractures, which is extremely disabling for the patient, and represents a high cost for the health public system. The aim of this research study developed at the University of Granada was to understand the factors that increase the risk of developing osteoporosis. As a starting point, researchers took the relevance of genes in this disease, since 80% of bone formation is genetically determined.

For the purpose of this study, authors conducted a multi-center study involving five Spanish clinics. A sample of 2,000 patients was taken from the gynecology services of the partipating clinics. Detailed medical records were prepared of each patient including those risk factors known to intervene in osteoporosis of the hip. In addition, other factors that have not still been proved to intervene in osteoporosis –as the Mediterranean diet– were also studied. Blood collections were made to analyse genetic markers, and a densitrometry was done to study bone mineral density in spine and hip.

A Complex and Multifactor Disease This study was developed by Jesús Carlos Presa Lorite at the Department of Obstetrics of the University of Granada and conducted by professors Nicolás Mendoza Ladrón de Guevara, Ángel Alejandro Santalla Hernández y Alberto Salamanca Ballesteros. Scientists intended to further understand the process of this complex and multifactor condition, studying how genetics affect the development of this condition and further analysing which genes are the most determinant. 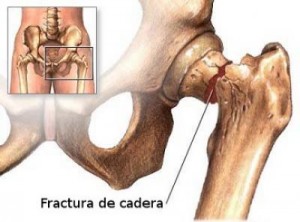 The results obtained proved that certain gene combinations may increase the risk of suffering osteoporosis. However, “these results should be considered cautiously. Maybe that, in the short-term, a genetic study of patients could be made, to inform them when they are found to be prone to suffer a hip fracture, and to recommend them to follow some specific treatment” –Presa Lorite states.