Getting regular exercise doesn’t seem to reduce the amount or severity of hot flashes among women going through menopause, according to a new study.

Researchers found that women who exercised had a small drop in the number of hot flashes they experienced per day, but the drop was no greater than what was seen in a group of women who didn’t exercise.

The study’s senior author said the findings should not keep women from exercising, because those who worked out reported better sleep and less depression.

“If the sole reason that you start exercising is to reduce hot flashes, you may be disappointed, but there are other reasons people should be exercising,” Bette Caan, of the Kaiser Permanente Division of Research in Oakland, California, said.

Previous studies that looked at whether exercise helps reduce hot flashes - when blood vessels near the skin enlarge and blood flow increases - have found mixed results.

“Many (of the studies) show no effect, some show a small protective effect but the ones that have been well done have showed really no effect,” Caan said.

“We did this study because we wanted to do a really good controlled trial,” she added.

hot flashes" align="right" /> For the new study, published in the journal Menopause, the researchers randomly assigned 248 women from three U.S. medical centers to one of two groups.

Women in one group exercised three times per week for 12 weeks on a treadmill, elliptical or stationary bicycle. Those in the second group stuck to their usual activity.

All of the women were going through or had already gone through menopause and had frequent hot flashes at the start of the study.

Participants used daily diaries to track the number and intensity of their hot flashes. They also answered questionnaires about sleep quality and depression.

Initially, women in both groups experienced an average of between seven and eight hot flashes per day. At the end of the 12 weeks, they saw that drop to between five and six, with no significant difference between the groups.

There was also no difference in changes in hot flash intensity between the two groups from the beginning to the end of the study period.

However, women who exercised were more likely to report that they slept better than women in the usual activity group. They also had a greater reduction in depression symptoms, but any differences were small. 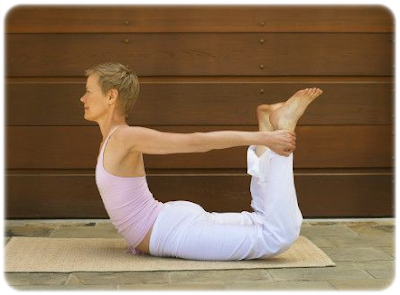 hot flashes" align="right" /> Dr. Alison Huang, who specializes in the management of menopause but wasn’t involved in the new study, said that exercise alone may not be enough to reduce hot flashes.

“There is no question that higher body mass index (a measurement of weight in relation to height) overall is associated with more frequent and more bothersome hot flashes,” Huang, from the University of California, San Francisco, said.

“This study may say it’s not exercise alone that is responsible for improvements in hot flashes,” she added, suggesting that changes in diet may help in addition to exercise.

When they broke the results down by race, the researchers found white women who exercised reported a significant reduction in hot flash frequency, but African American women did not.

“I would say a trial to look at racial differences would be the next step,” Caan said, but she added that it would be difficult to do another trial when most have shown no effect.

Gass, who also wasn’t involved in the new study, said the most effective treatment for the symptoms of menopause is hormone therapy. But that comes with side effects, including an increased risk of heart disease, stroke and breast cancer.

“But many women can obtain benefit from lifestyle and behavior changes,” she added.

For example, she said women can keep their environments cool, dress to accommodate the heat, keep air moving throughout rooms and avoid overhead lighting.

“We certainly want to promote research, because the more options there are, the better,” Gass said.

“Clearly more research is needed in this area.”