Training providers and counseling young women about the benefits of long-acting contraceptives may increase the number of teens who use those methods, according to a U.S. report.

Only about 5 percent of teen girls in the U.S. use long-acting reversible contraception (LARC) methods like intrauterine devices (IUDs) and hormonal implants, often opting instead for birth control pills or condoms, according to the authors of the study.

“What we know is that IUDs and implants . . . are the most effective types of birth control available for teens,” said Dr. Lisa Romero, a health scientist at the Centers for Disease Control and Prevention in Atlanta, Georgia, who led the study.

“We also know LARC is safe for teens, easy to use and highly effective,” Romero told Reuters Health. Less than 1 percent of women who use IUDs or implants become pregnant in the first year they are used, she said.

More than 273,000 infants were born to U.S. teens ages 15 to 19 in 2013, according to the CDC. Giving birth can lead to health, economic and social problems for these young mothers and their children, and costs the U.S. $9.4 billion yearly, Romero and her colleagues write in the CDC Morbidity and Mortality Weekly Report.

The study team analyzed use of long-acting contraceptives by 15 to 19 year olds between 2005 and 2013 at 4,200 Title X Family Planning Clinics. The clinics provide free or low-cost contraception, screening for sexually transmitted diseases, HIV testing and cervical cancer screening for low-income people.

Still, the percentage remains low, researchers point out, and varies widely among states. In the most recent year examined, LARC use ranged from 0.7 percent of teens in Mississippi to nearly 26 percent in Colorado, they found.

Training clinic staff on how to insert the devices and counseling girls on the safety and benefits of these methods, as well as making the birth control affordable, helped increase the number of users, according to the analysis.

“We know use of LARC among teens is low because of existing barriers, including awareness, access and availability,” Romero said.

She added that teens might mistakenly think their age is a barrier to being able to use LARC methods and health care providers might not supply the contraceptives because of the cost, safety concerns, lack of training on insertion and removal or knowledge of the counseling needed for teens who do opt for these methods.

In the 1970s, the Dalkon Shield (IUD) was associated with pelvic infections and pulled from the market, although current IUDs are designed differently and are generally considered safe.

“They are safe, and some offer other benefits, such as making periods lighter and less painful. These methods are also low-maintenance, since they are used for three to 10 years after placement,” said Dr. Jessica Kiley, an obstetrician-gynecologist who specializes in contraception and family planning but was not involved in the study.

“It is reassuring that we are seeing both increased long-acting reversible contraception (LARC) use and decreased teen pregnancy rates, but the latter remains a critical public health issue,” said Kiley, of Northwestern Medicine in Chicago. “Efforts to further reduce the rate must continue.” 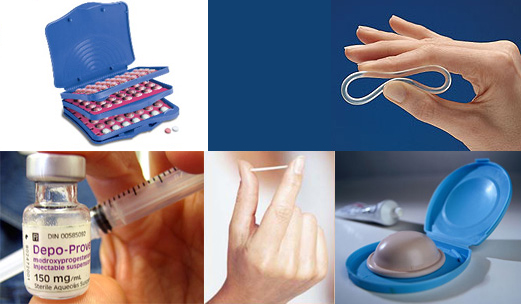 Romero said possible side effects of IUDs include changes in menstrual pattern and cramping and pain right after insertion. Implants can also be associated with menstrual changes and possible weight gain.

IUDs cost more than $800 and last about five years, implants cost $800 over three years, and oral contraceptives go for about $720 per year, Romero said.

Various national health organizations support LARC use for teens and other women, Romero noted. The CDC, American Academy of Pediatrics and American College of Obstetricians and Gynecologists all think LARC should be discussed as possible options.

“Women and society benefit when young people make active decisions about their own fertility and reproduction,” Kiley said in an email to Reuters Health. “Improved access to contraception allows young women to finish schooling, earn degrees and care for their families better.”

No outside funding was used for the CDC analysis, which was part of a National Family Planning annual report, according to Romero.