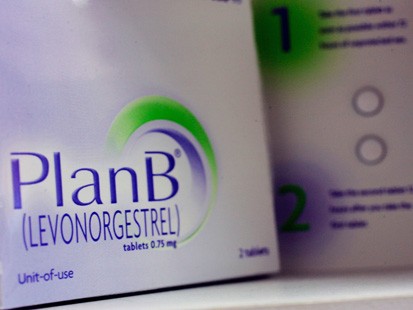 The Obama administration will scrap age restrictions on the sale of emergency contraception pills, making the morning-after pill available to women and girls without a prescription.

The U.S. Department of Justice said in a letter on Monday that it would comply with a court’s ruling to allow unrestricted sales of Plan B One-Step, withdrawing its appeal on the matter. The move closes a battle over the pill that has lasted over a decade, but could raise new controversy for President Barack Obama.

Until recently, the pill was only available without a prescription to women 17 and older who presented proof of age at a pharmacist’s counter. Critics say unfettered access could lead to promiscuity, sexual abuse and fewer important doctor visits if readily available for purchase.

Advocates for such emergency pills say they help reduce unwanted pregnancies or abortions and that quick access for women of all ages is critical for the medicines to work. The pill is most effective when taken within 72 hours of intercourse.

The decision “will make emergency contraception available on store shelves, just like condoms, and women of all ages will be able to get it quickly in order to prevent unintended pregnancy,” said Planned Parenthood Federation of America President Cecile Richards.

Senior administration officials described the move on Monday as a reaction to the reality of having lost several rounds of litigation on the issue.

In April, U.S. District Judge Edward Korman ruled that the drug should be made widely available, blasting the U.S. Food and Drug Administration for what he said was an “arbitrary, capricious and unreasonable” decision to reject a citizen petition that called for ending age restrictions.

Last week, an appeals court said that a two-pill version of the drug can be sold over-the-counter without age restrictions even while the federal government fights Korman’s ruling.

Obama has already come under fire in the national debate on birth control for requiring religiously affiliated institutions, such as universities, to cover contraception for their employees as a benefit under his health reform law. Any new controversy over the morning-after pill would come as he seeks to defuse an outcry over the government’s domestic surveillance programs and questionable actions at the Internal Revenue Service.

The morning-after pill was approved by the FDA in 1999, but it took until 2009 to reach the over-the-counter market in limited fashion.

In 2011, the FDA decided to approve over-the-counter sales of the drug with no age limits. But U.S. Health and Human Services Secretary Kathleen Sebelius ordered the agency to reverse course, barring girls under 17 from buying the pills without a prescription.

Obama supported that restriction, invoking his daughters. The timing, 11 months ahead of the presidential election, sparked criticism that he was trying to placate social conservatives.

Korman ordered the FDA in April to make emergency contraception available without age and point-of-sale restrictions, but said that the agency could lift restrictions on only the one-pill version of the drug, Plan B One-Step, if there was a significant difference between that and the two-pill version.

A few weeks later, the FDA granted a petition from Plan B One-Step’s maker, Teva Pharmaceutical Industries, to make the pill available without a prescription to girls as young as 15.

The FDA said on Monday it would lift the remaining age restrictions on Plan B One-Step once it received the appropriate application from Teva. Teva declined to comment.

The Department of Justice said in a letter to the judge that it will not seek to lift restrictions on the two-pill Plan B product, which it says is significantly different from the one-pill version. The one-pill version is more widely used.

“This decision by the administration affirms what feminists have been fighting for all along - the morning-after pill should be available to females of all ages, on the shelf at any convenience store,” said Annie Tummino, lead plaintiff and coordinator of the National Women’s Liberation.

By Caroline Humer and Jessica Dye