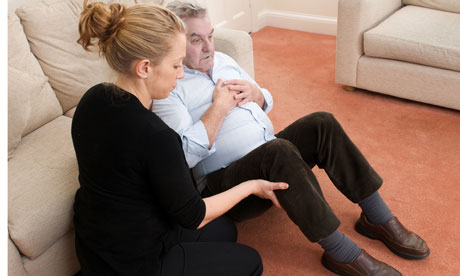 A new study has examined the effects on the heart of treating multiple narrowed arteries - rather than just one - at the time of a heart attack.

Specialist heart doctors increasingly treat patients with large heart attacks urgently with a procedure under local anaesthetic. The blocked blood vessel (artery), which causes the heart attack is opened by inserting a small metal scaffold (stent) at the blockage to hold the artery open.

Now a study led by Dr Gerry McCann, NIHR Career Development Fellow from the University of Leicester and Leicester’s Hospitals, has examined whether treating more than one artery has an adverse effect on the heart.

“However, there is concern that the longer procedure, and putting in more stents, may cause more damage to the heart.”

The researchers studied 203 patients having a heart attack who were randomly assigned to have only the blocked artery (105 patients) or all the narrowings treated (98 patients) in seven hospitals in England. Dr McCann said: “We assessed the amount of heart muscle damage that occurred with MRI scans. Patients who had all the heart arteries treated had more than one area of heart muscle damage more frequently (22% v 11%) than those who just had the blocked artery treated. However, the percentage of the heart that was damaged was not increased (12.6% v 13.5%) and the heart function early and nine months afterwards was similar with both treatments.

“The results of this study provide reassurance that specialists treating patients with a heart attack can open more than one narrowed artery without increasing the total amount of heart damage.”

Professor Peter Weissberg, Medical Director at the British Heart Foundation, which helped fund the study, said: “In the process of identifying and opening, by using a stent, the blocked artery causing a heart attack, the cardiologist may discover other narrowed arteries. There has been much debate as to whether the cardiologist should stent these additional narrowings at the same time.

“This study suggests that it is safe for the cardiologist to insert a stent into all narrowings they discover while treating a heart attack. However, cardiologists must make a judgement at the time as to whether an artery is narrowed enough to warrant insertion of a stent.

“From the patient’s perspective it is essential that he or she calls 999 at the first signs of a heart attack - most commonly discomfort in the chest so that they can be swiftly assessed and treated. The blocked artery causing a heart attack must be cleared as soon as possible.”

Dr McCann is Reader at the University of Leicester and Honorary Consultant Cardiologist at Glenfield Hospital. This research is published in JACC, the Journal of the American College of Cardiology. The work was funded by the Efficacy and Mechanism Evaluation Programme, an MRC and NIHR partnership. It is a sub study of the CvLPRIt trial that was also led by Leicester Professor Tony Gershlick and funded by the British Heart Foundation.

Gerry McCann
.(JavaScript must be enabled to view this email address)