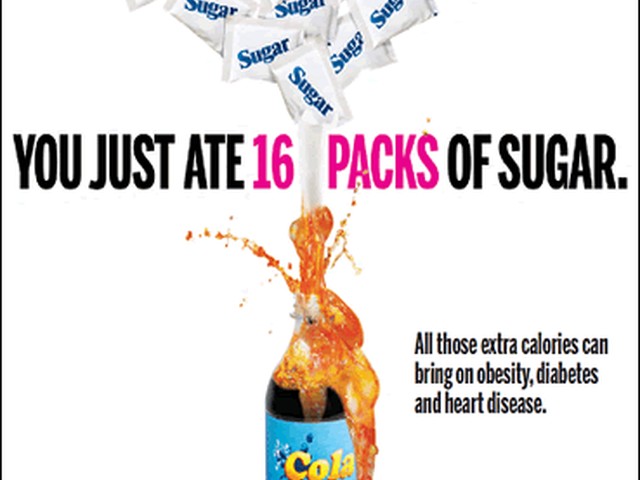 Beverages sweetened with low, medium and high amounts of high-fructose corn syrup significantly increase risk factors for cardiovascular disease, even when consumed for just two weeks by young, healthy men and women, reports a team of researchers at the University of California, Davis.

The study is the first to demonstrate a direct, dose-dependent relationship between the amount of added sugar consumed in sweetened beverages and increases in specific risk factors for cardiovascular disease.

The data reinforce evidence from an earlier epidemiological study showing that the risk of death from cardiovascular disease - the leading cause of death in the United States and around the world - increases as the amount of added sugar consumed increases.

The results are reported online at http://bit.ly/1zMkSKG and will be published in the June print edition of the American Journal of Clinical Nutrition.

“These findings clearly indicate that humans are acutely sensitive to the harmful effects of excess dietary sugar over a broad range of consumption levels,” said Kimber Stanhope, the study’s lead author and a research scientist in the UC Davis School of Veterinary Medicine.

The 85 participants, including men and women ranging in age from 18 to 40 years, were placed in four different groups. During 15 days of the study, they consumed beverages sweetened with high-fructose corn syrup equivalent to 0 percent, 10 percent, 17.5 percent or 25 percent of their total daily calorie requirements.

The 0-percent control group was given a sugar-free beverage sweetened with aspartame, an artificial sweetener.

At the beginning and end of the study, researchers used hourly blood draws to monitor the changes in the levels of lipoproteins, triglycerides and uric acid—all known to be indicators of cardiovascular disease risk.

These risk factors increased as the dose of high-fructose corn syrup increased. Even the participants who consumed the 10-percent dose exhibited increased circulating concentrations of low-density lipoprotein cholesterol and triglyceride compared with their concentrations at the beginning of the study.

The researchers also found that most of the increases in lipid/lipoprotein risk factors for cardiovascular disease were greater in men than in women and were independent of body weight gain.

Stanhope noted that the study findings underscore the need to extend the research using carefully controlled dietary intervention studies, aimed at determining what would be prudent levels for added sugar consumption.

Kimber Stanhope, School of Veterinary Medicine, (530) 752-3720 ,
.(JavaScript must be enabled to view this email address)