There is a drug - probably sitting in your purse, desk drawer or medicine cabinet - that is widely considered one of the world’s safest painkillers. But over the last decade, it has killed hundreds of Canadians, hospitalized tens of thousands and cost the health-care system tens of millions, a Toronto Star investigation has found.

Acetaminophen has spent more than half a century as one of Canada’s top-selling non-prescription drugs. It can be found in nearly 500 products and billions of doses are taken safely every year.

But few Canadians appreciate the potential dangers of acetaminophen - the ingredient that made Tylenol famous but can be found in everything from Nyquil and NeoCitran to prescription painkillers such as Percocet. This is a drug many consumers take as casually as M&Ms - both of which can be bought at any gas station or drugstore, sometimes in packages containing hundreds.

While Health Canada tried to address these issues by updating label warnings in 2009, it ignored stronger changes recommended by its own scientists, according to internal documents obtained by the Star - language that was also opposed by the non-prescription drug industry.

Canadians’ lack of understanding, compounded by a culture of overmedicating, can turn a safe drug into something dangerous. Acetaminophen is often used in suicides - nearly 300 between 2000 and 2009, according to a Statistics Canada database - but a Star investigation has found that Canadians are also dying by accident.

How many? This question was impossible to accurately answer, both because of the difficulty in determining why someone fatally overdosed and a lack of co-ordinated surveillance across the country. Instead, a patchwork of databases, each with its own gaps and flaws, prevails.

A Food and Drug Administration advisory committee met late last month to review the actions the agency could take to reduce accidental acetaminophen poisoning. The drug, also found in over-the-counter cold formulas and pain-relieving prescription favorites Vicodin and Percocet, is the most common cause of acute liver failure in the U.S.

In acute liver failure, the organ fails quickly, sometimes in 48 hours, as opposed to the more usual forms of liver failure, caused by disease or alcoholism, which can take years to develop.

Taking too much acetaminophen does not always cause liver failure. In 2008, the California Poison Control System logged 16,352 cases of suspected acetaminophen overdose, according to the agency’s executive director, Stuart Heard. Most cases were not serious, but more than 4,000 people were hospitalized. Of those, 156 suffered serious medical outcomes, such as liver transplants, and 14 people died.

Some of the serious cases occurred in people who were either trying to harm themselves or were abusing acetaminophen-containing drugs to get high. But other cases happen accidentally, such as a child exploring the medicine cabinet. Inadvertent overdose can happen by taking a combination of over-the-counter medicines, such as Tylenol, a cold remedy and a sleep aid, all which may contain acetaminophen.

Of nearly 8,000 cases of actual acetaminophen overdose in California last year, 4,368 were unintentional.

“There’s nobody really systematically looking at it. It’s not really seen as a public policy issue,” said Dr. Michael Rieder, a pediatric clinical pharmacologist and scientist with Western University’s Robarts Research Institute. “It’s the kind of thing where if no one sees it, no one sees it, right? So that’s the problem.”

The Star has spent months analyzing numerous data sources and the resulting figures provide a troubling - and surprising - toll:

- Since 2006, coroners and medical examiners have investigated at least 156 deaths where acetaminophen was deemed to be the sole or contributing cause - and the manner of death was either accidental or “unclassified,” meaning suicide and homicide had been ruled out.

- Between 2000 and 2009, a Statistics Canada database recorded 253 accidental deaths where acetaminophen was a major or contributing cause of death.

- Between 2005 and September 2013, Health Canada’s adverse drug events database received 2,402 reports where acetaminophen was a “suspect product.” Of these, 287 were fatal.

In all cases, the data sources behind these statistics have shortcomings that complicate the numbers (see “Behind the Numbers” sidebar). And the real figures may be higher.

“It’s an old drug, been around for a long time, used forever. And for what it’s used for, it’s pretty effective,” Reider said. “But it’s got a dark side. And this dark side is what happens in overdose.”

Those at highest risk of unintentional overdose include chronic drinkers, the malnourished and people with liver disease - but infants and seniors are also at “relatively greatest risk,” noted an internal 2009 Health Canada report obtained by the Star. 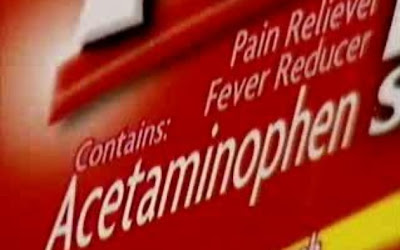 These findings have never been made public. Nor have any findings from a Health Canada working group studying the drug since 2010 but still finalizing its first report. Health Canada plans to release a summary of the report sometime this winter - it also declined to provide the names of the group’s 18 scientists, citing privacy concerns.

Acetaminophen is exceptionally safe when taken appropriately. As a painkiller, many health professionals prefer it over its competitors, ibuprofen and aspirin, which can cause stomach bleeding, even at recommended doses.

McNeil Consumer Healthcare, the makers of Tylenol and a division of Johnson & Johnson, said in a written statement that acetaminophen has a “remarkable record of safety” and is “one of the most studied and well-understood over-the-counter medicines.”