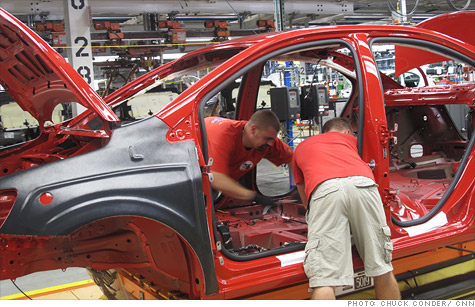 A Michigan State University study is the first to indicate that the state’s autoworkers are at a higher risk of heart disease compared to the U.S. population overall.

The research also showed that the prevalence of diabetes among this group was 15.3 percent; double the national average of 7.5 percent at the time of the study.

“We hypothesized that this group may have a higher incidence of diabetes and risk for cardiovascular disease, and we wanted to prove it,” said Ved Gossain, Swartz professor of medicine at MSU, who led the study published in the Journal of Endocrinology, Diabetes & Obesity.

A total of 190 autoworkers, located in Lansing and Pontiac, Michigan, agreed to participate in the study and were evaluated based on risk factors including obesity, smoking, cholesterol and blood pressure.

Prior data obtained by General Motors and the United Auto Workers showed heart disease was the number one cause of death and disability within the workplace, with diabetes coming in fourth for male employees and eighth for female employees.

“As an employer, the next logical question is to ask ‘why?’” Gossain said. “So we set out to find the answer.”

Results showed 53 percent of the workers were obese with another nearly 36 percent considered overweight. Sixty-seven percent also had higher levels of LDL, or “bad,” cholesterol than the national average of 31 percent. Elevated LDL levels put individuals at a greater risk of heart attack because it can collect in the walls of blood vessels and cause blockages.

In addition, while only 16 percent of employees were current smokers, nearly 58 percent were former smokers, which also increased risk.

Blood pressure, stress levels and physical activity were also evaluated but were found to have minimal effect within this group.

“The study is a good representation of the health of autoworkers in this area and possibly the Midwest,” Gossain said. “Hopefully companies will look at this data and begin to implement health and wellness programs that their employees will participate in.”

Michigan State University has been working to advance the common good in uncommon ways for more than 150 years. One of the top research universities in the world, MSU focuses its vast resources on creating solutions to some of the world’s most pressing challenges, while providing life-changing opportunities to a diverse and inclusive academic community through more than 200 programs of study in 17 degree-granting colleges.