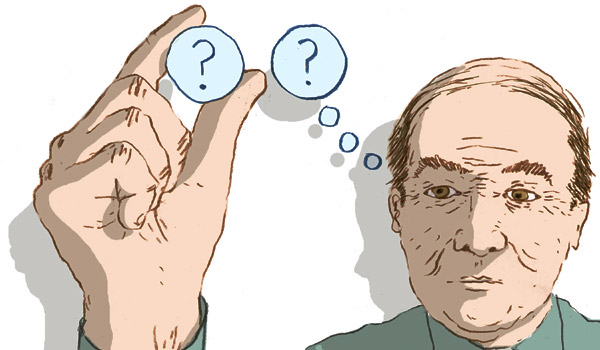 Specific cardiovascular risk factors, such as alcohol consumption, smoking, obesity and diabetes, are associated with smaller regional brain volumes that may be early indicators of Alzheimer’s disease and dementia according to a study published online in the journal Radiology.

“We already know that vascular risk factors damage the brain and can result in cognitive impairment,” said Kevin S. King, M.D., assistant professor of radiology at the Keck School of Medicine of the University of Southern California in Los Angeles. “But our findings give us a more concrete idea about the relationship between specific vascular risk factors and brain health.”

Prior studies have linked cardiovascular risk factors and cognitive decline, but the new study focused on specific risk factors and examined three main brain regions, including the hippocampus, precuneus and posterior cingulate cortex. Because of each region’s connection to memory retrieval, gray matter volume loss in these areas may be a predictor of Alzheimer’s disease and dementia.

In the new study, Dr. King and colleagues analyzed results from 1,629 individuals in the Dallas Heart Study (DHS) and divided the participants into two age groups. There were 805 participants under age 50, and 824 age 50 and older. The researchers evaluated the participants’ data from the initial baseline visit, which included laboratory and clinical analysis, and the follow-up visit seven years later consisting of a brain MRI and cognitive test, measuring mild cognitive impairment and preclinical Alzheimer’s disease.

By comparing the initial visit in which cardiovascular risk factors were identified to the MRI results and cognitive scores, the team was able to distinguish the specific risk factors of alcohol consumption, smoking, diabetes, and obesity and their relationship to smaller volumes in the three targeted regions of the brain. The results confirmed that lower cognitive test scores correlated with lower brain volumes in each area.

The study found that risk factors of alcohol use and diabetes were associated with smaller total brain volume, while smoking and obesity were linked with reduced volumes of the posterior cingulate cortex, the area of the brain connected with memory retrieval as well as emotional and social behavior. In addition, lower hippocampal mass was linked to both alcohol consumption and smoking whereas alcohol use, obesity and high fasting blood glucose numbers correlated with reduced precuneus size.

The findings also suggest that in patients age 50 and older, diminished hippocampal and precuneus volumes may be early risk indicators for cognitive decline, while smaller posterior cingulate volumes are better predictors in patients under age 50.

Dr. King believes that additional studies can provide the ability to better identify the impact of specific cardiovascular risk factors on the brain and improve patient understanding of brain diseases.

“We currently do not have effective treatments for Alzheimer’s disease, so the focus is on prevention,” he said. “In the future, we may be able to provide patients with useful and actionable information about the impact different risk factors may be having on their brain health during routine clinical imaging. And since no special imaging equipment is needed, there is a great potential to provide this service at many centers across the country.”

RSNA is an association of more than 54,000 radiologists, radiation oncologists, medical physicists and related scientists promoting excellence in patient care and health care delivery through education, research and technologic innovation. The Society is based in Oak Brook, Ill.