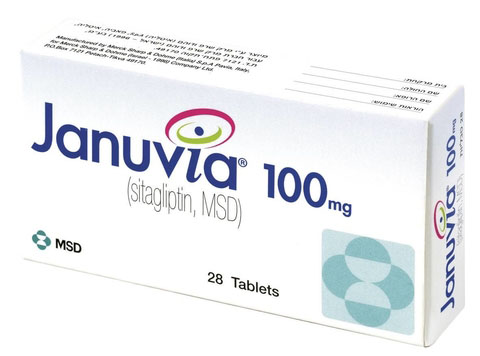 In patients with HIV, a diabetes drug may have benefits beyond lowering blood sugar. A new study from researchers at Washington University School of Medicine in St. Louis suggests the drug may prevent cardiovascular problems because it works to reduce inflammation linked to heart disease and stroke in these patients.

Although infection with human immunodeficiency virus is no longer a death sentence, people with the virus have an elevated risk of heart attacks and diabetes, and problems with glucose, insulin and cholesterol. Part of what drives that risk is chronic inflammation.

In the new study, the researchers found that the diabetes drug sitagliptin (brand name Januvia) both improved metabolism and reduced inflammation in HIV-positive adults taking antiretroviral therapy. The findings are published in The Journal of Clinical Endocrinology & Metabolism.

“The goal has been to identify treatments that not only address problems with blood sugar and lipids but also can lower inflammation, which can play a substantial role in heart disease and stroke,” said principal investigator Kevin E. Yarasheski, PhD, a professor of medicine. “With sitagliptin, sugar levels fell, and several markers of immune activation and inflammation were reduced, indicating the drug may provide long-term benefits for these patients’ hearts, bones and livers.”

Yarasheski explained that standard diabetes therapies have been tried in HIV patients and have been somewhat successful but do not completely normalize blood sugar, insulin and lipid levels, and other indicators of heart and metabolic health.

The new, eight-week study of sitagliptin was the second study of the drug in people with HIV. The first, which also was conducted by Yarasheski’s team, involved 20 patients and focused on whether sitagliptin was safe. This time, researchers wanted see whether the drug provided specific health benefits.

They studied 36 HIV patients, ages 18-65, who were on antiretroviral therapy and whose immune status was stable. At the start of the study, the researchers measured subjects’ glucose levels, insulin sensitivity, lipid levels, immune cell counts, several markers of inflammation and other indicators of health. Identifying treatments for these patients can be difficult, mainly because of potential interactions with HIV drugs patients take to keep the infection from becoming AIDS.

Half of the study subjects then took sitagliptin for eight weeks, and the others received a placebo. Meanwhile, everyone in the study continued with antiretroviral therapy.

“We wanted to know whether this drug would improve patients’ blood-sugar problems and reduce the immune markers that we believe are indicators that something is activating the immune system and causing inflammation,” Yarasheski said. “And that’s what we found.”

Longer-term studies are needed to learn whether lower markers of inflammation after eight weeks of treatment can lead to lower risk for heart attacks and metabolic problems, but the preliminary signs are promising, said Yarasheski, also a professor of cell biology and physiology and of physical therapy.

“Lowering blood sugar isn’t enough,” he said. “Just treating lipids isn’t enough. We want to target the nexus between metabolic regulation and immune regulation. Whether this particular drug lowers inflammation enough to actually reduce cardiovascular disease, heart attack, stroke and hypertension is a question that still needs to be addressed. But these findings are a step in the right direction.”