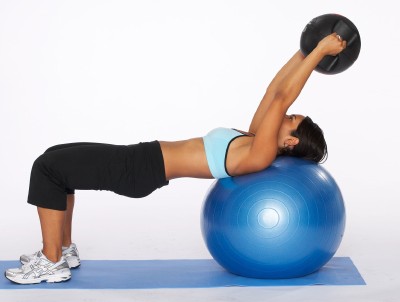 Exercise programs that combine aerobic exercise and resistance training may be better at helping people with diabetes control their blood sugar than either type of exercise alone, a new analysis of past studies says.

“It has been well established that exercise training is better than doing nothing,” Lukas Schwingshackl told Reuters Health in an email. He led the study at the University of Vienna in Austria.

“One of the more important questions that remains to be answered is which exercise modality offers the most benefits,” Schwingshackl added.

He said that previous reviews found exercise programs to be beneficial for blood sugar control but none made head-to-head comparisons of aerobic exercise, resistance training and a combination of the two.

For their review, Schwingshackl and his colleagues searched for studies that had randomly assigned people with diabetes to different exercise programs lasting at least eight weeks.

They found 14 studies with a total of 915 participants that met their criteria.

The researchers found that aerobic exercise appeared to be more effective than resistance training at reducing HbA1C, a measure of blood sugar control, and fasting blood sugar.

Many of the studies were of low quality and all of them involved supervised training only, the researchers note. They say that in the real world, it’s more likely that people would exercise on their own.

He said the American College of Sports Medicine has stated that combining resistance training and aerobic exercise for at least 150 minutes of moderate-intensity exercise per week may be more effective at improving blood sugar control than focusing solely on one type of training.

“I think it’s really important for people with diabetes to remember that exercise is a critical component of being well - you can’t do it with just diet,” Dr. Patrick McBride told Reuters Health. He was not involved in the study.

McBride, who runs a diabetes prevention and management program at the University of Wisconsin Hospital in Madison, said that regular exercise can help lower blood sugar levels.

“I always tell people that if they exercise more than 30 minutes they’ll burn up blood sugar for 24 hours,” he said.

Having a combined program of aerobic exercise and strength training is important, McBride added.

McBride said that people who have diabetes or want to prevent diabetes can find personal trainers who are exercise physiologists at most good health clubs and YMCAs.

“These are people with degrees in exercise science and they know all about this,” he said.

Impact of different training modalities on glycaemic control and blood lipids in patients with type 2 diabetes: a systematic review and network meta-analysis