A new study shows that for at least two years after bariatric surgery, patients continue to lose bone, even after their weight stabilizes. The results - in patients undergoing gastric bypass, the most common type of weight loss surgery - were presented Monday at the joint meeting of the International Society of Endocrinology and the Endocrine Society: ICE/ENDO 2014 in Chicago.

“The long-term consequences of this substantial bone loss are unclear, but it might put them at increased risk of fracture, or breaking a bone,” said Elaine Yu, MD, MSc, the study’s principal investigator and an endocrinologist at Massachusetts General Hospital, Boston. “Therefore, bone health may need to be monitored in patients undergoing bariatric surgery.”

Yu’s team previously reported that patients who have gastric bypass lose bone mineral density - an indicator of bone fragility - within the first year after the surgery. Because the rate of bone loss was high, the researchers continued to monitor them in this study, funded by the National Institutes of Health.

The standard imaging method for bone mineral density, dual-energy x-ray absorptiometry, or DXA, can sometimes give inaccurate results in obese individuals. Therefore, the researchers also measured bone density using a method that is often more accurate, a three-dimensional type of computed tomography (CT) called quantitative CT. They compared bone density at the lower spine and the hip in 50 very obese adults: 30 who had bariatric surgery and 20 who lost weight through nonsurgical ways but were similar to surgical patients in baseline age, sex and body mass index. After surgery, nearly all patients received calcium and high-dose vitamin D supplementation, Yu said.

Two years later, bone density was 5 to 7 percent lower at the spine and 7 to 10 percent lower at the hip in the surgical group compared with the nonsurgical control group, as shown by both DXA and quantitative CT, Yu reported. In addition, she said the surgical patients had substantial and persistent increases in markers of bone resorption, the process of breaking down old bone that may play a role in bone loss.

The bone loss in the surgical patients, Yu said, occurred despite the fact that they were not losing any more weight in the 2nd year after surgery and had stable blood levels of calcium and vitamin D. “Therefore, the cause of the bone loss is probably not related to weight loss itself,” she said.

Fortunately, none of the gastric bypass patients has required osteoporosis treatment, according to Yu. However, she said, “The question is, when is the bone loss going to stop? Over time this could be a problem in terms of fracture.”

Although obese adults tend to have higher bone densities than nonobese people, they reportedly have similar rates of fracture at the wrist and a higher fracture rate at the lower leg. Yu recommended that bariatric surgery patients who have risk factors for osteoporosis receive bone density tests.

Despite the possible risk to bone health after gastric bypass, Yu said, “This surgery is the most effective treatment for severe obesity and offers phenomenal health benefits.” 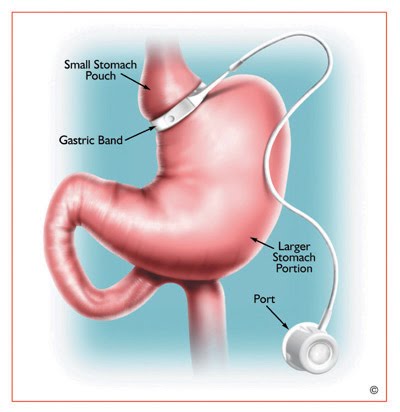 The researchers plan to investigate possible causes of the bone loss observed. Yu speculated that major changes in gastrointestinal and fat hormones, which occur almost immediately after bariatric surgery, could affect bone.

Aaron Lohr
.(JavaScript must be enabled to view this email address)
202-971-3654
The Endocrine Society