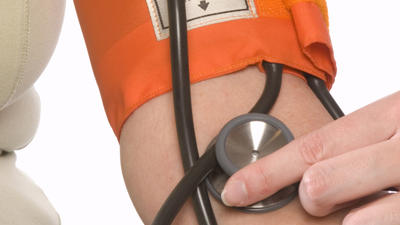 One third of U.S. adults have high blood pressure, but in the southeastern part of the country the rate is well over half, according to a new study that finds too little is being done to reverse the problem.

The Southeast has been called the Stroke Belt because of well-known high rates of cardiovascular disease, including high blood pressure. But that knowledge has not led to changes, nor to a full understanding of the reasons for the population’s high risk, the study team reports.

“The rates have not changed,” though the U.S. has had treatment guidelines for high blood pressure since 1977, said one of the authors, Dr. Uchechukwu K. A. Sampson, an assistant professor of medicine at Vanderbilt University Medical Center in Nashville, Tennessee.

“The number of people who do not know that they have high blood pressure is the same,” he added.

High blood pressure is an established cause of death from cardiovascular disease and accounts for up to 7.5 million deaths worldwide each year, the researchers point out.

To investigate the persistently high rates of high blood pressure in the South, Sampson’s group used a large database with recent information on men and women in southern states covering the years 2002 to 2009.

They focused on 69,000 white and black adults with similarly low income and education levels - to eliminate poverty as a factor - and analyzed what other causes might be contributing to blood pressure problems.

Overall, they found that 57 percent of the study participants had high blood pressure. Blacks were nearly twice as likely as whites to be suffering from the disease, which has no symptoms of its own, but can lead to stroke or kidney damage if untreated.

But the racial difference was seen mainly among women. Fifty one percent of black and white men had high blood pressure, but the rates were 64 percent among black women and 52 percent among white women.

Obesity seemed to be a main driver of the problem, especially among whites, with the most severely obese having more than four times the risk of high blood pressure compared to normal weight men and woman.

Other factors linked to the likelihood of severe high blood pressure included High cholesterol, diabetes, a history of depression and a family history of heart disease.

The numbers Sampson’s group found have not changed from previous studies and that consistency is alarming, he said.

“Are they still the same factors people have found before?” Sampson said. “If they are, that is bad news, then that means we have not done what we should have done in the past few years.”

Black people were twice as likely as whites to have high blood pressure without knowing it, Sampson said.

That racial difference did not change even when researchers accounted for differences in income and education, the authors write in the journal Circulation: Cardiovascular Quality and Outcomes.

All of this lines up with what doctors and researchers already knew, Sampson said.

Without specific studies, it’s hard to say why population rates have not gone down, and why so many people still do not know they have high blood pressure, and why so few are on diuretics, he said.

Women may not actually be more predisposed to high blood pressure, Sampson said, but they may be less aware of the risk than men.

Awareness efforts have historically focused on men when it comes to heart and blood pressure problems, but women are equally likely to have problems, he said.

“African American women are known to have a very high prevalence of hypertension and that its onset is significantly earlier than what is seen in white women,” Dr. John M. Flack said.

Flack is chair of the department of medicine at Wayne State University at the Detroit Medical Center in Michigan.

Another explanation could be that obesity, clearly linked to blood pressure, is more common for black women than for white women in the general population, Flack said.

“We need to create more awareness that women also have this problem,” Sampson said. “Everyone should be treated equally aggressively, with the same level of interest.”

Better communication between patients and doctors might help bring known treatments into practice and start to get population level blood pressure down, he said.

In the meantime, other studies will need to probe why high blood pressure has remained so common even as treatments have improved.

Conclusions - Despite socioeconomic status similarities, we observed suboptimal use of antihypertensives in this cohort and racial differences in the prevalence of uncontrolled and unreported hypertension, which merit further investigation.