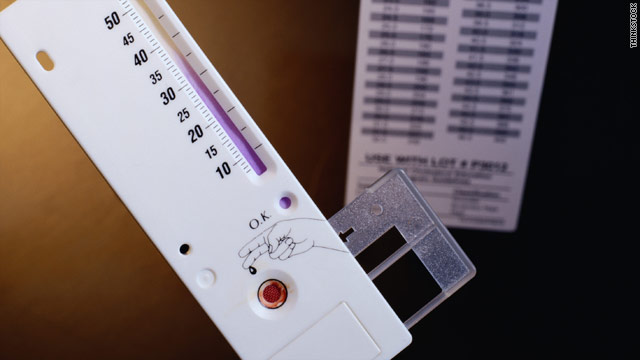 Most people getting their cholesterol checked may not need to fast beforehand, a new Canadian study suggests.

Researchers found the blood tests showed similar average total cholesterol and “good” HDL cholesterol readings, in particular, regardless of whether patients had eaten recently or avoided food for more than eight hours, as is typically recommended.

Eliminating the fasting requirement before cholesterol tests would be more convenient for patients and for labs, which often get slammed with tests in the morning when most fasting patients come in, researchers said.

“There are logistic challenges when you’re going to get a fasting sample on everybody,” said Dr. J. Michael Gaziano, who wrote a commentary accompanying the new study.

“It makes long lines and it makes long waiting times, and if that in any way discourages patients from having these tests done, then that’s another downside,” Gaziano, a preventive cardiologist at VA Boston Healthcare System and Brigham and Women’s Hospital, told Reuters Health.

Requiring a fasting cholesterol test may also mean patients have to return for lab work after their initial appointment - and some may not come back, Gaziano pointed out.

For the new study, Dr. Davinder Sidhu and Dr. Christopher Naugler from the University of Calgary in Alberta analyzed cholesterol test results for more than 200,000 people who had most recently eaten anywhere from less than one hour to more than 16 hours earlier.

Cholesterol is a waxy, fatlike substance that is naturally present in the cell membranes of the body. The body uses cholesterol to produce many hormones including vitamin D and the bile acids that help to digest fat. The body requires only small amounts of cholesterol to function normally, and excess amounts may be deposited in artery walls throughout the body. This can lead to narrowing of the coronary arteries in the heart, causing angina and heart attack; narrowing in the carotid arteries that supply the brain, causing stroke; and narrowing of the femoral arteries supplying the legs, causing peripheral artery disease.

They calculated the average cholesterol levels at a given fasting time and found that both total cholesterol and HDL varied by less than two percent across the range of fasting durations.

What does a cholesterol test measure?

Fasting blood tests can measure cholesterol and triglyceride levels in the blood. This test, also called a lipoprotein profile or lipoprotein analysis, measures:

Blood cholesterol measurements can be used to help minimize the risk of stroke, heart attack, and peripheral artery disease. The cholesterol level is one of the many risk factors that can be controlled.

Those numbers are typically the ones doctors use to help calculate patients’ risk of heart problems and whether they should be on cholesterol-lowering statins.

“Bad” LDL cholesterol, on the other hand, varied by closer to 10 percent, and triglycerides by up to 20 percent, in relation to fasting time, the researchers reported Monday in the Archives of Internal Medicine.

. That suggests certain patients - such as those with high triglycerides or with diabetes, which is linked to triglyceride and LDL levels - should continue to fast before the tests.

But that’s the minority of people who have cholesterol checks done. For most, a non-fasting test would be “a reasonable alternative,” the researchers reported.

Gaziano said patients can discuss with their doctors whether they really need to fast before their own cholesterol test, but it may take a while for non-fasting tests to become the norm.

Participants in Sidhu and Naugler’s study were an average of 53 years old with an average total cholesterol of 183 milligrams per deciliter (mg/dL).

Another commentary printed alongside the study noted that this is a relatively low-risk group, and fasting and non-fasting results may not be as similar for people with much higher cholesterol, for example. Total cholesterol less than 200 mg/dL is considered “desirable” by the American Heart Association.