What woman has not wanted to gobble up a baby placed in her arms, even if the baby is not hers? This reaction, which everyone has noticed or felt, could have biological underpinnings related to maternal functions. For the first time, an international team of researchers has found evidence of this phenomenon in the neural networks associated with reward. “The olfactory - thus non-verbal and non-visual - chemical signals for communication between mother and child are intense,” explains Johannes Frasnelli, a postdoctoral researcher and lecturer at the University of Montreal’s Department of Psychology. “What we have shown for the first time is that the odour of newborns, which is part of these signals, activates the neurological reward circuit in mothers. These circuits may especially be activated when you eat while being very hungry, but also in a craving addict receiving his drug. It is in fact the sating of desire.”

For their experiment, the researchers presented two groups of 15 women with the odours of others’ newborns while the women were subjected to brain imaging tests. The first group was composed of women who had given birth 3-6 weeks prior to the experiment, and the other group consisted of women who had never given birth. All the women were non-smokers. The odours of the newborns were collected from their pyjamas two days after birth.

Although the women in both groups perceived the odour of newborns with the same intensity, brain imaging showed greater activation in the dopaminergic system of the caudate nucleus of mothers compared to the women who had never given birth. Located in the centre of the brain, the caudate nucleus is a double structure straddling the thalamus in both hemispheres. “This structure plays a role in reward learning,” explains Frasnelli. “And dopamine is the primary neurotransmitter in the neural reward circuit.”

This system reinforces the motivation to act in a certain way because of the pleasure associated with a given behaviour. “This circuit makes us desire certain foods and causes addiction to tobacco and other drugs,” says the researcher. “Not all odours trigger this reaction. Only those associated with reward, such as food or satisfying a desire, cause this activation.”

Dopamine is also associated with sexual pleasure and other forms of gratification. Laboratory rats whose dopamine levels are stimulated by electrodes become so addicted that they stop eating.

For the research team, these results show that the odour of newborns undoubtedly plays a role in the development of motivational and emotional responses between mother and child by eliciting maternal care functions such as breastfeeding and protection. The mother-child bond that is part of the feeling of maternal love is a product of evolution through natural selection in an environment where such a bond is essential for the newborn’s survival.

The experiment, however, did not allow determining whether the greater activation of the dopaminergic system in mothers is due to an organic response related to childbirth itself or whether it is a consequence of the olfactory experience developed by mothers with their own babies. “It is possible that childbirth causes hormonal changes that alter the reward circuit in the caudate nucleus, but it is also possible that experience plays a role,” says Frasnelli. 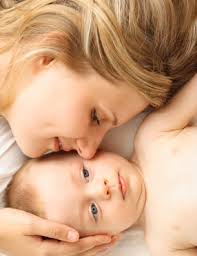 It is also not known whether this reaction is specific to mothers, since men were not part of the experiment. “What we know now and what is new is that there is a neural response linked to the status of biological mother,” he says.

The University of Montreal is officially known as Université de Montréal. The experiment was conducted at the Department of Obstetrics at the Technical University of Dresden, Germany, and Johannes Frasnelli participated in the study design and data analysis. Other researchers from France, Sweden, and the United States also participated. The results are published in the September 5, 2013 issue of the journal Frontiers in Psychology. This document is a translation from a text originally written in French by Daniel Baril, Université de Montréal.

William Raillant-Clark
.(JavaScript must be enabled to view this email address)
514-343-7593
University of Montreal