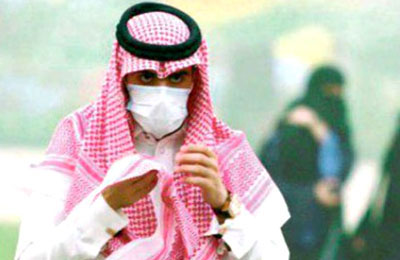 The World Health Organization is forming an emergency committee of international experts to prepare for a possible worsening of the Middle East coronavirus (MERS), which has killed 40 people, WHO flu expert Keiji Fukuda said on Friday.

Fukuda said there was currently no emergency or pandemic but the experts would advise on how to tackle the disease if the number of cases suddenly grows. Most of the cases of MERS so far have been in Saudi Arabia, which hosts millions of Muslim visitors every year for the annual haj pilgrimage.

“We want to make sure we can move as quickly as possible if we need to,” Fukuda told a news conference.

“If in the future we do see some kind of explosion or if there is some big outbreak or we think the situation has really changed, we will already have a group of emergency committee experts who are already up to speed so we don’t have to go through a steep learning curve.”

Fukuda said MERS (Middle East Respiratory Syndrome) remained a patchwork of infections that had not yet swept through countries or communities as influenza can. The committee was partly being formed to consider big gaps in knowledge about the disease, he added.