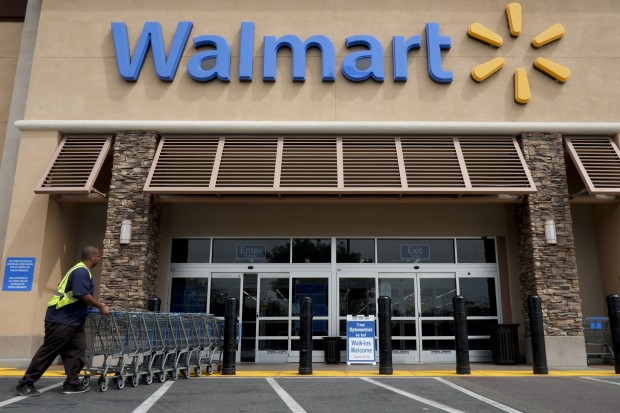 Wal-Mart Stores Inc is pressing meat, seafood, dairy and egg suppliers to reduce the use of antibiotics, becoming the first large retailer to take such a public stand against the excessive use of drugs in raising farm animals.

The voluntary guidelines announced on Friday would limit suppliers to using antibiotics to treat and prevent disease, and not for promoting growth, a controversial practice by livestock producers. The move comes as concern is growing that over-use of antibiotics in animals can spawn drug-resistant superbugs, endangering human health.

Wal-Mart, the country’s biggest food retailer, is also telling suppliers not to raise animals in gestation crates or in other conditions considered inhumane.

The retailer is asking suppliers to its roughly 5,200 Wal-Mart and Sam’s Club stores in the United States to publicly disclose their use of antibiotics and treatment of animals on an annual basis.

In March McDonald’s Corp said in two years its U.S. restaurants would stop buying chicken raised with human antibiotics, marking the first time a major U.S. company had taken concrete action and set a timetable to it. Bulk retailer Costco Wholesale Corp, a Wal-Mart rival, has said it was working with suppliers to phase out chicken and livestock raised with antibiotics that are used to fight human infections.

But Wal-Mart’s move is the most significant by a retailer so far, advocates said. Since it controls a quarter of the U.S. grocery market, the guidelines will likely ripple through the entire food supply chain and prompt rivals to follow suit.

“They’re the first ones who have asked for this sort of data and to make it public. We haven’t gotten that from anyone else, including the U.S. government,” said Gail Hansen, senior officer for Pew Charitable Trusts’ antibiotic resistance project.

“Because of its size, Wal-Mart can drive the industry on this and they can do more,” said Susan Vaughn Grooters, policy analyst with the nonprofit group Keep Antibiotics Working.

In 2013 the U.S. Food and Drug Administration released guidelines for drug makers and agricultural companies to voluntarily phase out antibiotics as a growth enhancer in livestock.

But the extent to which U.S. meat producers are using such drugs is unclear. The U.S. Agriculture Department is planning to begin collecting more detailed data on antibiotics used on farms, a potential precursor to setting targets for reducing use of the drugs in animals.

Wal-Mart said its move was rooted in consumer demand. It cited an internal study showing that 77 percent of its customers would increase their trust and 66 percent were more likely to shop from a retailer that ensures humane treatment of livestock.

“Our customers want to know more about how their food is grown and raised, and where it comes from. As the nation’s largest grocer, Walmart is committed to using our strengths to drive transparency and improvement across the supply chain,” Kathleen McLaughlin, senior vice president of Walmart sustainability, said in a statement.

Wal-Mart told suppliers it wanted them to adhere to the “five principles” of animal welfare, a set of guidelines that includes ensuring animals are not starved, have sufficient space to move, and do not suffer mental distress.

The advocacy group Mercy for Animals said Wal-Mart’s “historic” move came after protests and its release of hidden-camera videos exposing animal abuse at pork suppliers of the retail chain.

Wayne Pacelle, president of the Humane Society of the United States, said the news reflected “game-changing progress” but urged Wal-Mart to set a deadline for suppliers to implement the changes.

Some meat and chicken suppliers have already begun shifting their policies after McDonald’s announcement, but others have dug in their heels.

Tyson Foods Inc, the largest U.S. poultry producer, said in April that it planned to eliminate the use of human antibiotics in its chicken flocks by September 2017.

However, Sanderson Farms Inc, the third largest U.S. poultry producer, said on Wednesday that it planned to continue using antibiotics on its birds, partly because there are no alternatives on the horizon for treating a deadly but common gut disease.

Wal-Mart’s rivals may also come under pressure to alter their policies. Target Corp, one of the nation’s top 10 grocers, said it requires that suppliers for its Simply Balanced line of healthy food products use meat from animals raised without antibiotics, hormones and steroids, and are vegetarian fed. It does not impose the same limits on other food products.

By P.J. Huffstutter and Nathan Layne